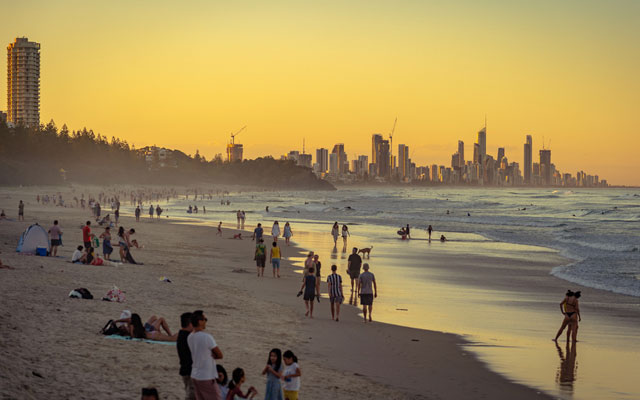 The total number of domestic holidays taken across Australia is set to double to 133.4 million in 2025 from 2020 levels, representing a 14 per cent growth on pre-pandemic levels, forecasts GlobalData.

The growth will be driven by Tourism Australia’s Holiday Here, This Year domestic travel campaign, being promoted through several channels including social media, radio and outdoor advertising.

Although the country will not see pre-pandemic levels for inbound trips until 2024, the increase in domestic tourism will cover some of the shortfalls and save thousands of jobs, said GlobalData.

Craig Bradley, associate travel & tourism analyst at GlobalData, commented: “Due to the pandemic, domestic trips in Australia fell by 45 per cent in 2020 from an all-time high of 116.7 million travellers in 2019. In response, Tourism Australia acted promptly to invest in a domestic tourism campaign that will reap benefits from 2021 onwards. The message to residents is simple: get out there and discover everything Australia has to offer.” According to GlobalData projections, domestic trips will increase at a compound annual growth rate (CAGR) of nine per cent between 2021 and 2025, eventually reaching a record-breaking 133.4 million domestic trips.

Bradley continued: “The clear target marketing campaign rolled out by Tourism Australia will no doubt have had a huge impact on these projections. The organisation has done well to focus on Australia’s key selling points, focusing on various destinations, culture, gastronomy and sightseeing.

“Furthermore, as always, they have used the influence of Australian national celebrities to push their agenda (in this instance, Hamish Blake and Zoe Foster-Blake) to appeal to a wider audience.

“The Australian authorities have been unwavering with their stance on international travel restrictions. However, this strategy has kept infections to a minimum, meaning, the health risks of domestic travel are reduced and will encourage residents to travel domestically. Ultimately, the quick reaction from Tourism Australia in ensuring funds are in place to galvanise a national marketing campaign will have a significant effect on the Australian tourism industry’s short-term future.”

GlobalData concluded that Tourism Australia’s strategic focus could set an example to other DMOs on how to react quickly and decisively during unprecedented times.