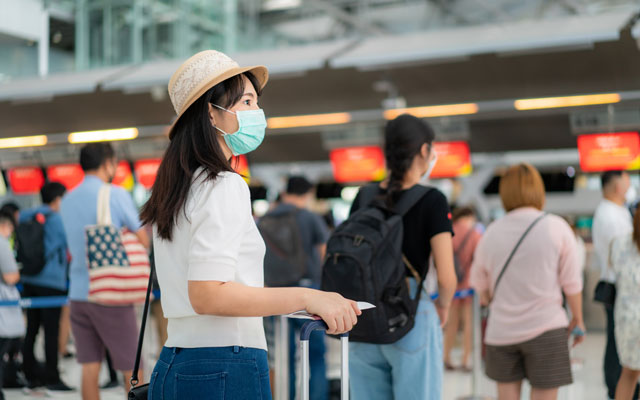 While pre-pandemic frequent flyers are ready to get back on a plane, travel restrictions and low vaccine uptake remain a serious barrier, according to new research released by Collinson’s Priority Pass.

The global survey, which polled over 46,000 Priority Pass members, found that 77 per cent of travellers in Asia-Pacific expect to travel in the next 12 months (from March 2021).

Yet, despite travellers longing to hit the skies, entry restrictions – such as the need to be a resident – remain in place for many countries in the region; with most requiring several weeks of quarantine upon entry.

After more than a year since Covid-19 first hit the travel industry, vaccination rollouts have brought a glimmer of hope – with 41 per cent of Asia-Pacific respondents stating that being vaccinated against Covid-19 would be the top reason for encouraging them to travel, while 33 per cent said that the lifting of international travel bans would be their top reason.

When questioned on the possibility of travelling by air in the next 12 months, 78 per cent of members globally expressed feelings of excitement and 61 per cent felt confident.

Globally, international travel will likely increase year-on-year. However, survey respondents project that domestic travel is still set to make a greater recovery than international travel during the next 12 months – at 64 per cent versus 59 per cent, when compared with 2019 travel levels, respectively.

Around the world, the desire to keep health risks to a minimum has resulted in key changes to the way people experience airport travel, with the aim of keeping external contact to a minimum.

Additionally, 20 per cent are more likely to pre-order and collect their food and drinks before departure, while 49 per cent indicated that social distancing and contactless transactions at the airport are of a relatively high importance when travelling.

Despite Asia’s low vaccination rate in comparison to the EU and US, 79 per cent of travellers cite a growing confidence in the safety of air travel as more people are vaccinated.

While vaccines have yet to be fully rolled out globally, their availability continues to generate hope, as do the discussions around digital health certificates; with 82 per cent of Asia-Pacific respondents saying they would be happy to use one – higher than the global average of 74 per cent.

Globally, 76 per cent of members say they would feel confident to travel internationally if getting vaccinated became a mandatory measure. This sentiment is echoed by a further 64 per cent of travellers who agree that Covid-19 testing and the use of digital health certificates would encourage them to travel abroad.

The survey also showed that while quarantine regulations continue to be enforced around the world, 60 per cent of Asia-Pacific travellers do not feel it is an essential safety measure; while a further 69 per cent see it as a major deterrent for international travel.

When reasons behind this largely negative sentiment towards quarantine are explored in depth, 83 per cent blame the additional costs involved and 69 per cent also cite the unpredictable nature of quarantine rules, while 62 per cent are reluctant to spend so much time indoors; a finding which is likely linked to an increasing emphasis on mental wellbeing when travelling.