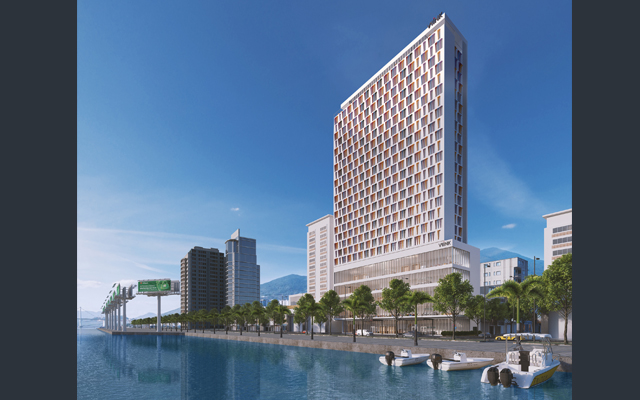 With hospitality focused on streamlined services, technology-driven stays, sustainability, and space-smart rooms, Wink debuted its first property in Ho Chi Minh City in March 2021. The two hotels in Danang will mark the next steps in Wink’s plans to expand with 20 hotels in Vietnam by 2029.

Wink Hotel Danang Riverside will offer 287 hotel rooms and 70 Wink Suites, with a 60m-long lobby on the fifth floor facing the Han River, three floors of restaurants, bars and entertainment facilities, a rooftop bar and pool, as well as a co-working space.

Wink Hotel Danang Centre is a 244-room hotel with a 19th floor sky lobby. It will offer 30 family rooms and a one-bedroom apartment.

Both hotels face each other across the Han River.