Associate professor Volodymyr Bilotkach from the air transport management programme at Singapore Institute of Technology, discusses the impacts of the ASEAN Open Skies Agreement on international air traffic movements, and how the aviation players in South-east Asia need to rethink their strategies for a sustainable post-pandemic recovery 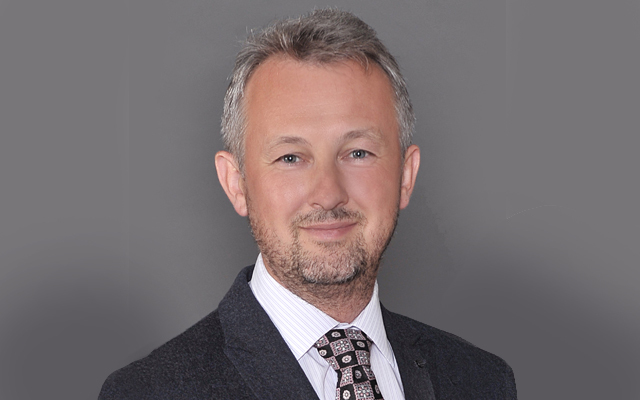 For decades, policies and restrictions imposed on the aviation business has caused it to veer off course in relation to its core purpose of existence – to facilitate trade and make the world more connected.

Destinations, frequency and prices had been defined in hundreds of bilateral air service agreements creating competition and restricting market entry for international carriers.

Within the European Union (EU), airlines that were registered to a domestic state within the EU, were granted permission to fly anywhere within the Union. Ryanair, Europe’s largest low-cost carrier (LCC) registered in the Republic of Ireland could launch services between Germany and Spain, and even within either of those countries.

In the 21st century, this shift in relaxed measures across the aviation sector occurred on a regional and international scale. In 2008, international initiatives began to see fruition as the agreement between the US and the EU made it possible for European carriers to fly to the US from any EU country, regardless of their state of registration. Common market including Australia and New Zealand was also created.

This agreement, however, does not apply to flights on domestic routes. For example, Singapore’s homegrown carrier, Singapore Airlines, would be able to fly from Bangkok to Jakarta, but is prohibited from operating flights from Bangkok to Phuket.

In June 2021, a new ASEAN-EU Comprehensive Air Transport Agreement was signed. The first of its kind, this treaty between two blocks of nations signified a true milestone in aviation – allowing South-east Asia-based airlines to launch services to any EU destination from South-east Asian states, with European carriers receiving similar rights for services to South-east Asian countries.

Currently, Finnair, a Finland-based carrier has already announced the launch of several South-east Asian routes from Stockholm, the capital of Sweden. While the experience of the US-EU agreement revealed that only a few European carriers have been able to sustain services to the US from gateways beyond their domestic region, the potential of such entry alone can limit the exercise of market power by other incumbent airlines.

The impact of ASEAN liberalisation
My recent work with Professor Yuichiro Yoshida from Hiroshima University and other colleagues, which has just been published in the journal Transport Policy, sheds light on the impact of the ASEAN OSA. Utilising data on passenger volumes and number of airlines operating on international routes within South-east Asia, and from South-east Asia to third countries, we assess the effects of ASEAN OSA on competition.

Our study revealed that the ASEAN OSA has been responsible for about 40 per cent of the growth in passenger air traffic within South-east Asia from 2010 to 2017. However, the impact of this Agreement was different for LCCs such as Jetstar or AirAsia in comparison to the longstanding full-service carriers (FSCs) such as Singapore Airlines or Thai Airways.

Evidence shows that LCCs were replacing some of the FSCs on routes within South-east Asia. Moreover, the number of competitors on an average international route had decreased, in most cases due to departure of FSCs and/or their replacement with LCCs.

The young and hungry, at the big boys’ table
The research revealed there were two phenomena that were taking place simultaneously – market expansion as FSCs re-pivot their focus towards routes beyond the South-east Asian nations and LCCs are cannibalising and replacing FSCs traffic.

We find that the ASEAN OSA, which was meant to promote competition among member-state carriers, had inadvertently caused FSCs to be replaced by the LCCs. On a few markets, FSCs were devoid of passenger traffic, leading to their departure from the market.

Faced with increasing competitive pressures from LCCs, FSCs responded by pivoting their focus on routes to and from countries outside South-east Asia, since bilateral agreements on these markets provided them with protection against competition.

It is not surprising that in a more liberalised and competitive environment, LCCs have managed to thrive, given that they have more short-haul route options to leverage upon and are preferably favoured cost-wise.

Having entered the pandemic in a better financial situation, and with short-haul routes set to recover before the longhaul markets; LCCs are well poised to expand their market reach when recovery starts. In Europe, LCCs are seen recovering faster than their legacy counterparts.

ASEAN and the road to recovery
The timeline for market recovery is unpredictable, with vaccination rates and risk management approaches inherently impacting progress on that front. According to the Bloomberg’s vaccine tracker, Singapore stands at a 81 per cent full inoculation rate, with total reopening of the borders set comfortably in its sights.

Undoubtedly, when travel restrictions are eased, the ASEAN OSA would facilitate reopening of international travel to the masses, with FSCs likely prioritised for travel bubble or vaccinated travel lane type arrangements by the governments due to close ties.

In the longer term, however, South-east Asian FSCs may have to adjust their business models in a post-Covid-19 world. Their counterparts in Europe and North America have responded to pressures from the LCCs by unbundling their products (charging for checked luggage, on board meals, and other amenities).

We may see more of this happening in our region post-pandemic.