No longer a forgotten part of Indonesia’s tourism history, the regencies of Wonosobo and Banyumas are gaining new likes for their adventure and nature offerings, aided by improved road access. 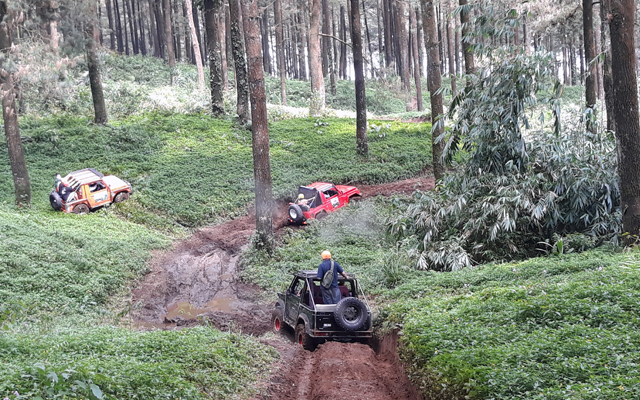 Once upon a time, Wonosobo and Banyumas in Central Java were favourites of European travellers who were drawn to the Baturraden mountains, Dieng Plateau and Hindu temples in the areas. Over time, the appeal waned, as these travellers were lured away by scenic train rides between Bandung and Jogjakarta.

However, completion of Trans-Java toll roads connecting major cities in the province at end-2018 has injected new life into two destinations. Domestic road trips across Java have flourished along with a growing presence of new hotels such as those managed by Indonesian company Dafam Hotels & Resorts in second- and third-tier cities across Central Java.

With international borders shut during the pandemic, Indonesian residents took to touring their own backyard, allowing the domestic road trip segment to rebound as soon as movement restrictions were lifted and attractions were once again allowed to welcome visitors in mid-2020.

Encouraged by the strong domestic interest, the regency government and industry players are taking the opportunity to refresh their product offerings.

Building on Banyumas’ natural adventurous appeal, the regency government intends to use 200 billion rupiah (US$14,286) from the post-Covid-19 National Economic Fund for attraction development. It aims to leverage the area’s beloved Baturraden mountains and the 200 waterfalls within to attract visitors.

These efforts will complement the range of nature attractions managed by Palawi Risorsis, a subsidiary of Perhutani, a state-owned company of the Ministry of Environment and Forestry. They include the Pancuran Tujuh hot springs and adventure activities like trekking, offroad drives and camping.

With tourism in the government’s long-term vision, Achmad Husein, the regent of Banyumas, said the construction of a botanical garden in Baturraden will kick off development plans this year. Along with the gardens, water sports facilities in Purwokerto city and a floating market along Serayu River will materialise. Two docks have already been built along the river to facilitate this development.

Visitors to Banyumas can also look forward to a new eco-printing facility that is part of the Bruwun Alas Village Education programme. Here, visitors can observe community members print cloth using dyes and leaves collected from around the village. They can even print their own cloth souvenir.

“These will give travellers alternative attractions beyond Baturraden (mountains),” said Achmad.

Over at Wonosobo and the neighbouring Temanggung area, local authorities are riding on the region’s newfound fame in coffee bean production, which has won international recognition through competitions.

Today, taking a tour of a coffee plantation and learning to pick coffee beans and then brew a hot cuppa is a fresh tourist offering.

Two Heart Coffee, a home industry and coffee shop located in the Posong area, about 20 minutes by car from Wonosobo city, beckons visitors with a chance to roast, brew and taste the famous Kopi Posong and sample local sweets while learning about the history of the local coffee industry.

After acquiring a caffeine boost, visitors can proceed to the Posong Recreational Park on the slopes of Sindoro Mountain. Opened in 2019, the park comprises a recreational area, camping and glamping grounds. It is loved for its sun rise and sun set views.

Zuniyanto, Posong Recreational Park manager, said glamping groups often arrive in the afternoon to take in views of the tobacco and tea plantations before catching the sunset glows and indulging in a barbecue dinner over a bonfire. Come morning, the group will watch the sun rise over the horizon, have breakfast and partake in activities such as team-building games or plantation tours.

Zuniyanto recalled that a 2017 film, Filosofi Kopi, had propelled Posong into the spotlight. With the opening of the park, a number of tour operators from Yogyakarta and Central Java streamed in with travellers from the Netherlands, Germany and Malaysia.

“But they could eventually attract international travellers with new facilities developed with specific target markets in mind. The hot springs in Baturraden, for example, could attract the Japanese crowd if onsen-like facilities were created,” he suggested.