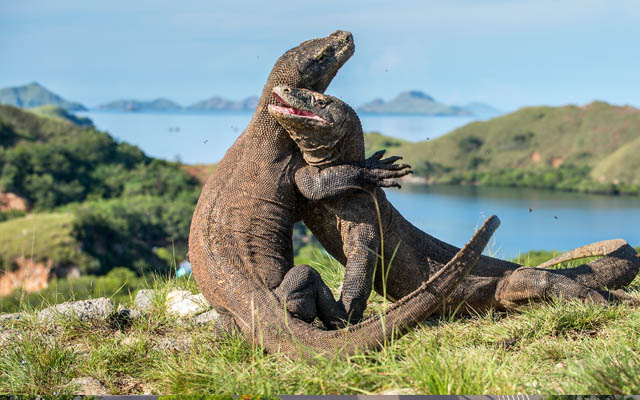 The tourism industry in Labuan Bajo and Manggarai Barat Regency, East Nusa Tenggara (NTT) has declared a month-long strike to protest the government’s decision to implement a new entry tariff to the Komodo and Padar Islands of 3.75 million rupiah (US$250).

When announcing the strike, Rafael Taher, the coordinator of Tourism Businesses and Individual Tourism Workers of Manggarai Barat Regency, where Labuan Bajo is part of, said: “We have agreed to stop all tourism services in the islands within the (Komodo) National Park and in all tourist destinations in Manggarai Barat Regency from August 1 to 31, 2022.”

He also declared that anyone who breaks the agreement will bear the social sanction.

The move was taken after the government disregarded the numerous appeals and protests against the new tariff announced last month.

The government is determined to implement a new tariff for Komodo and Padar Islands, two major islands within the national park, from 200,000 rupiah per entry to 3.75 million rupiah for conservation reasons. The new tariff, effective August 1, is valid for multiple entries in a year.

The government has also limited the number of travellers to both islands to 200,000 per year.

He explained that while conservation and adhering to carrying capacity was crucial for the national park, the government also had to ensure that the economy in the area grows, particularly in the tourism and creative economic sector. He emphasised that the new tariff applied only to Komodo and Pandar islands, and not the whole national park area.

Sandiaga said: “Travellers who want to see Komodo can go to Rinca Island – the entry fee here remains the same. There are (also) other attractions that we have upgraded and developed for visitors in Labuan Bajo.

“There are the picturesque beaches that the area is famous for – the Kampung Ujung Waterfront area (which is newly developed), Labuan Bajo Marina, Batu Cermin Cave, Waecicu Beach (and) Rangko Cave – for travellers to visit.”

He added that travellers who have booked and paid for their trip before August 1 are given time to visit both islands up to the end of the year.

To allow conservation efforts and economic development to work coherently, Sandiaga said his office would accommodate the industry’s aspirations and input from the community by involving them in cross-institutional forums with the Ministry of Forestry and Environment and the NTT provincial government.

“Let’s sit together, find a solution and make sure that no negative impact will take place,” he said.