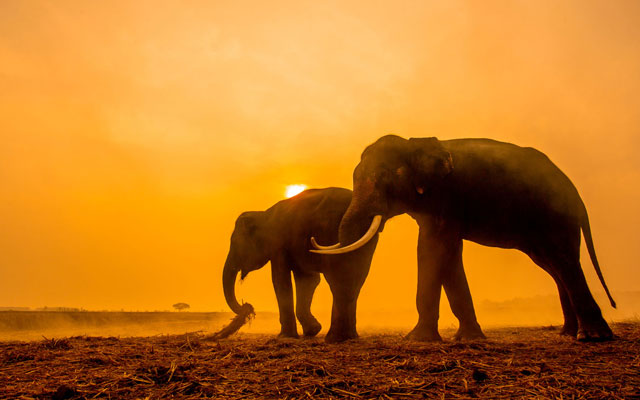 The World Elephant Foundation (WEF) has launched the Save the Asian Elephant campaign to raise funds and awareness of the mammals’ plight amid lockdowns, as elephants in shelters and parks throughout Thailand, Myanmar, Cambodia and Laos face starvation as tourism dries up.

The crux of the matter lies in the fact that the elephant shelters and parks rely on tourism for revenue. WEF intends to set up a registry for rescue organisations and sanctuaries to indicate their numbers and needs. This will allow the organisation to embark on a coordinated approach to help the animals across the Greater Mekong region.

In a press statement, Nudplee Hamundee, director, WEF, called on those concerned for the welfare of the animals to sponsor an individual elephant. He explained that no government support is provided for the mammals, who may then be “sold for illegal logging or hard labour” or have no option but to starve to death. Pregnant female elephants may also be smuggled.

He added that the situation has been made more dire as it is the dry season and there is a lack of jungle remaining. Instead of giving the animals fresh plants or vegetation, elephant carers have had to purchase food from farms. However, they are running out of cash, said Hamundee.

Hamundee expressed hope that concerned tourists who have visited the region will show solidarity by contributing to the campaign’s initiatives.

The plight of the elephants is the latest warning sign of the risks faced by tourism-reliant economies and communities. As visitor arrivals began to fall in mid-January, the elephant owners and herders were not spared from the financial distress that gripped most individuals and businesses in the tourism sector, said Hamundee in the statement.

Besides being used to feed the animals, funds raised at elephant camps and sanctuaries were also used to “further animal welfare, combat smuggling and encourage conservation and habitat restoration”, he added.

The livelihoods of Kui hill tribes in Surin, Thailand as well as Cambodia and Laos have been severely impacted as they have been breeding elephants to be sold to sanctuaries so tourists could interact with the mammals.