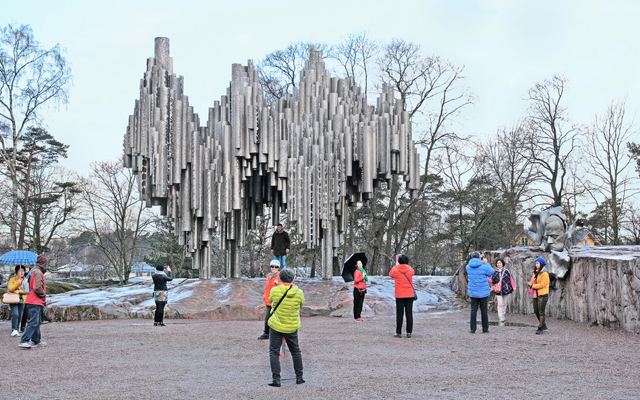 Helsinki is the top European destination for longhaul visitors this Christmas, with 29.6% growth in flight bookings over the period December 15, 2019 to January 15, 2020, according to a recent study by ForwardKeys.

Helsinki’s growth is mainly attributable to great growth in festive forward bookings from China and Japan, driven by a substantial increase in capacity, said the report. As of November 12, Christmas bookings to European countries from outside the European Union were 11% ahead from the same period last year.

However, not every destination has seen growth. Bookings to Stockholm and Venice are behind, 23.1% and 6.5%, respectively. Stockholm is suffering since SAS stopped direct flights to and from Hong Kong last November and Venice has experienced a stalling in bookings from South Korea, the US, Russia and China. Furthermore, with the recent floods, a further slowdown is likely, said the report.

Europe’s largest city destinations by market share are currently all showing very healthy bookings for the Christmas period, found ForwardKeys. The number one destination is London, with a 16.2% share and bookings 10.2% ahead from the same period last year. It is followed by Paris, which has a 13.6% share and bookings 12.9% ahead. The next most visited cities will be, in order, Rome, Madrid, Barcelona, Frankfurt, Amsterdam, Lisbon, Milan and Munich.

Looking at the most important origin markets for global shoppers in order of size, coming to Europe, there is extremely healthy, above inflation, growth from six of the top seven, said the report.