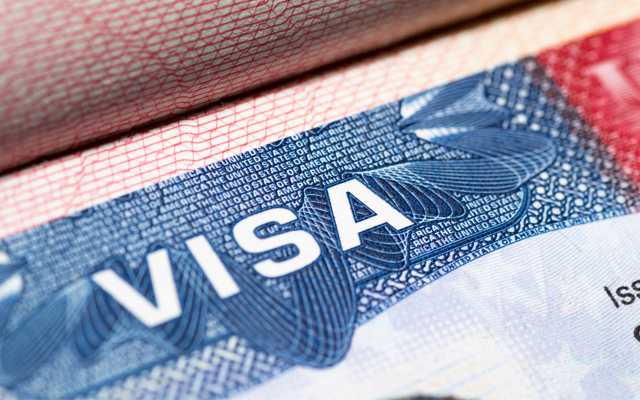 Travel agents and operators who spoke to TTG Asia said visa woes mostly stemmed from the embassies of France and the UK.

Hellen Xu, CEO of Panorama JTB Tours, said some visa applications that were sent out a full month ahead of scheduled departure date would still fail to be approved by the time of travel.

Panorama JTB Tours had three groups of about 25 people each who failed to leave as planned due to visa delays.

“Group departures to France have been badly disrupted since the French legislative election on June 19. While we have had eight long years of good relationship with the French Embassy, when every procedure went like clockwork, now passports are being returned very late and travel visas are taking far more than 10 working days to be issued,” lamented Al Mulenga, director, Hong Kong, G2 Travel.

Mulenga said visa delays at the French embassy have a knock-on effect on other European destinations, as his travellers “typically do three nights in France and continue onwards to other destinations on the continent”.

“We are also seeing the same situation with the British Embassy. We had a group of 30 Indonesian travellers who sent their passports to Manila for visa processing, and only four passports came back to the agent just prior to departure, and after waiting for more than eight weeks,” he shared, adding that neither VFS Global nor the embassy knew where the rest of the passports were, and to make matters worse, the assigned embassy staff in Manila had gone on leave.

Obtaining travel visas for Italy is also problematic, Mulenga said, as the Italian embassy in Jakarta is only accepting FIT applications now, while group visas will only commence in January 2023.

The losses from disrupted departures are hefty. G2 Travel has about 500,000 euros (US$501,315) worth of cancellation charges to deal with, while Panorama JTB Tours has so far incurred almost five billion (US$333,465) in forfeited fees.

Unpopular solutions
To help affect customers whose travel dreams have been dashed, both Panorama JTB Tours and Golden Rama offer either a refund or a transfer to a later group departure.

Golden Rama’s Hilton said that even for refunds, customer would not get back the cost of their visa application.

While G2 Travel encourages affected customers to postpone their holidays, Mulenga said it was not a popular solution because people have paid up, taken leave, and made plans for a good time.

“Most therefore demand refunds, which has presented a financial headache to travel agents and operators here. By the time a departure is disrupted by delayed visa processes, we are long past the grace period offered by hotels and long-distance coach operators; we can no longer enjoy cancellation waivers.

“With some airlines, agents may be able to negotiate for changes. With tour operators, we rely on our relationship but there are some that will insist on full cancellation charges. Furthermore, travel insurance does not cover trip disruptions due to visa problems,” said Mulenga.

He added: “This situation is hurting outbound travel agencies across Indonesia. The big agencies may be able to deal with this, but how about the smaller agencies? We have a small agent in Surabaya facing cancellation charges of 25,000 euros and having to refund their customers. Who will pay for the losses caused by the embassies?”

Impact on Europe
In an interview with TTG Asia, Tom Jenkins, CEO of the European Tourism Association (ETOA), said the visa disruptions in Indonesia have strong negative impact on Europe as a destination, and the potential to hinder Asian inbound recovery.

“One cannot emphasise enough how important Indonesia is for Europe. As one of the fastest growing origin markets for Europe, Indonesia is a critical part of the Asian (inbound) recovery. For Indonesians to be subjected to bureaucratic hitches is acutely embarrassing, and the messaging on social media is the opposite of good,” said Jenkins.

“People who have made the decision to travel to Europe should never be confronted with incompetence. It is not disrespectful; it is stupid, which is worse,” he added.

When asked what ETOA and its members could do to help their Indonesia trade partners through this challenge, Jenkins acknowledged that “officialdom never responds well to being called out”.

“But we are drawing attention to the problem at every level within Europe,” he said.

He told TTG Asia that visa delays are not unique to Indonesian travellers, as pent-up travel demand is “hitting a service which has been in hibernation for two years”.

“Alas, getting visas right is not a high political priority in any country, nor is their handling a matter of national pride. (What is) happening is deeply shocking and sad, (but improvement) is also certain,” he concluded. – Additional reporting by Dhini Oktavianti