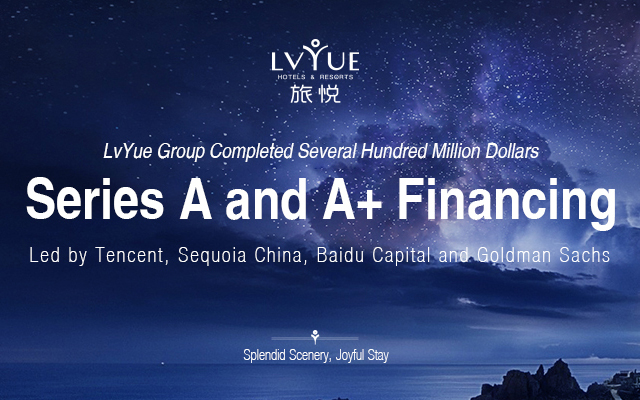 China’s LvYue Group, the strategic investment arm of Trip.com, has raised several hundred million dollars as part of its Series A and A+ round financing led by Tencent, Sequoia China, Baidu Capital and Goldman Sachs.

The funding raised will aid the company’s continued expansion in the domestic market, and exploration of new possibilities driven by its Internet big data capabilities.

LvYue, which is led by Mark Zhang who also serves as president of Qunar, is an Internet travel service provider that integrates hotel management, IT, trading and procurement, applying innovative internet technologies to traditional hotel industry.

Since its launch in 2016, LvYue has opened more than 1,900 hotels worldwide, in over 10 countries including Japan, South Korea, Thailand and India. By end 2019, LvYue expects that its network will exceed 2,600 hotels.