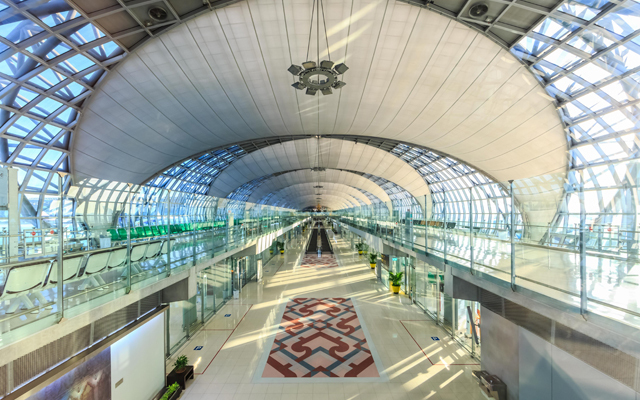 As measured in revenue passenger kilometres (RPK), demand rose by a robust 509.3 per cent, significantly outpacing the 139.5 per cent expansion in available seat capacity. As a result, the average international passenger load factor jumped by 46.7 percentage points to reach a new pandemic high of 76.9 per cent.

Similarly, ACI Asia Pacific’s Industry Outlook for 2Q2022, published August 1, noted that passenger traffic at key hubs in countries like Singapore, India, Thailand, Malaysia, Australia and Cambodia had increased substantially between the end of February and early-July, facilitated by the easing travel restrictions.

Not a smooth ride
Although data shows promising progress, both ACI Asia Pacific and AAPA have made it clear that air travel today is still far from pre-pandemic levels.

ACI Asia Pacific’s report stated that overall international seat capacity for the period stands at 59 per cent of pre-pandemic levels in 2Q2019, as travel restrictions, quarantine and testing requirements remain in some parts of Asia-Pacific, such as China and Japan.

Subhas Menon, AAPA’s director general, said the volume of international passengers in 1H2022 may be 330 per cent higher than that of 2021, but numbers are still well below pre-Covid levels.

“Comparatively, the North American and European markets have rebounded by 90 per cent and 80 per cent of 2019 levels (respectively),” he added.

Progress also continues to face obstacles in the macro environment, from escalating fuel prices and cost inflation to labour shortages that have resulted in operational disruptions at visa processing facilities and airports.

While Asia-Pacific’s travel and tourism sector suffers from a manpower strain, the pressure is not as intense as what is seen elsewhere in the world. ACI Asia Pacific’s researchers said airports in the Middle East and Asia-Pacific have been “carefully handling the risk of deficit of workforce” by adopting a long-term view on staff retention even during the travel disruption. Furthermore, the region is seeing a slower rebound compared to other regions of the world.

These two factors have allowed airports here to escape the chaotic conditions reported at some of Europe’s important air hubs, such as Heathrow Airport in London, Amsterdam Airport Schiphol and Charles De Gaulle Airport in Paris, which were caused by a worrisome blend of staff shortages and labour strikes by both airport workers and air crew.

Airlines, such as Lufthansa, British Airways and KLM, have reportedly cut thousands of flights from their summer schedules to cope with the disruptions, while major airport have ordered passenger traffic limits. Heathrow Airport has imposed a 100,000 daily departing passenger cap until September 11, while Amsterdam Airport Schiphol announced an extension of its passenger traffic cap on August 2 – down from the current 72,000 daily departing passenger limit to 67,500 in September and 69,500 in October.

OAG data illustrates this – flight frequencies and seats operated from various European countries, such as the UK, Germany and France to Singapore shows month-on-month improvements from January (152,569 seats) to June (196,144), with the exception of a slight dip in February.

Major Asian carriers, such as Vietnam Airlines, Singapore Airlines, Malaysia Airlines and Thai Airways, have also continued to scale up their frequencies to the UK between May and July despite strained airport conditions.

ForwardKeys data captured in the week of July 14 reflects similar momentum in international capacity improvements to Asia, with numbers reaching 35 per cent of pre-pandemic levels. The travel data and analytics company identified Singapore Airlines, Emirates, Cathay Pacific, IndiGo and Scoot as the top five airlines operating to Asia in terms of seat numbers.

AAPA’s Subhas, however, believes that passenger caps imposed by stricken European airports to curb sales can affect Asian business, especially as connecting flights are delayed or cancelled and the smooth delivery of bags is disrupted.

In a call with TTG Asia this afternoon, Adam Armstrong, global CEO of Contiki, said reporting on the airport disruptions “has been overblown in some media circles” and the situation has not prevented customers from travelling.

“We continue to advise our passengers to allow more time to transfer through airports and to get to their starting point a day or two earlier. I’ve done that myself on my trips the last few months – putting in extra hours to get through the airport and another couple of hours at the other end to avoid missing anything. That has worked well,” said Armstrong, who is based in Geneva.

Hellen Xu, CEO of Panorama JTB Tours in Indonesia, is also not seeing any negative impact on outbound travel demand.

“Demand for Europe remains high,” said Xu, adding that bookings in July was 39 per cent higher than the corresponding month in 2019. Europe is the top favourite among Panorama JTB’s clients, and bookings for travel to the region between August and December this year are expected to surpass 2019’s levels.

On the other hand, Emanuel Tzafaris, vice president, supplier relations, Asia Pacific with BCD Travel, said airport chaos have led to “considerable dialogue with our corporate customers”. While corporate travellers are not discouraged from travel, they are re-evaluating when they will travel.