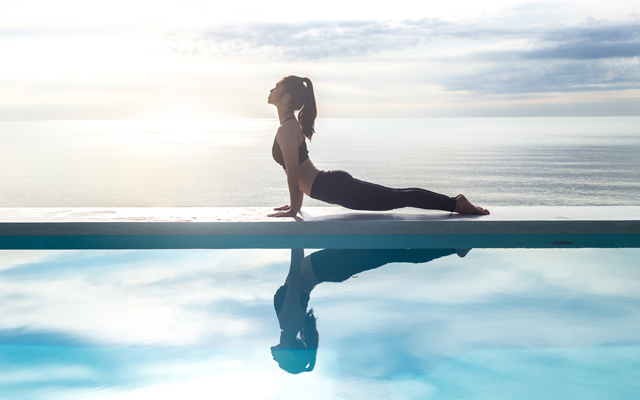 While the wellness movement was taking off pre-pandemic, it is predicted to soar once borders reopen and travel-starved tourists seek holidays to balance the body and mind after many months of confinement. Readying for that rebound, destinations across Europe are lining up carefully-curated wellness agendas targeted at Asia-Pacific markets.

Encouragingly, a recent study by ILTM and Barton revealed Asia-Pacific travellers are not only searching for wellness-orientated trips in the region, but everywhere they go.

According to the research, Asia-Pacific high-net worth (HNW) travellers spend US$2.4 billion on wellness activities on their trips, compared to US$9.6 billion among global HNW travellers. Asia-Pacific’s overall spend on the same is US$5.1 billion compared with US$23.7 billion globally.

Chinese international travellers were found to spend about US$1.7 billion annually on wellness activities – 33 per cent of Asia-Pacific’s total spend. The nation’s HNW outbound spend is US$799 million.

Jessica Rideout, spokesperson of VisitScotland’s China and emerging markets department, said prior to the pandemic, Scotland was enjoying an annual increase in visitors from China that positioned it as Scotland’s leading developing market.

The destination is currently getting ‘China-ready’ in anticipation of the market reopening borders. Rideout said: “China will be driving our marketing and we are looking to rebuild what we already had pre-pandemic with China.”

She added India, South Korea, Japan and Australia are also strong markets from Asia-Pacific. More efforts will be ploughed into promoting Scotland to the emerging markets of Indonesia, Malaysia and Thailand, with the wellness agenda featuring heavily in promotional campaigns. Once possible, VisitScotland will join forces with VisitBritain to jointly host familiarisation trips with key Asia-Pacific source markets.

In 2019, VisitScotland launched a general wellness campaign in response to rising global demand. Realising its ever-growing potential in the wake of Covid-19, in June, it launched a water wellness campaign to push activities that take place on its thousands of kilometres of coastline, lochs and rivers.

Rideout remarked: “In response to the pandemic, there have been new realms created in terms of wellness and this will be very important going forward. With Scotland’s open spaces, fresh air and plentiful water, wellness is very popular for us.”

As a playground for the rich and famous, Monaco on the luxurious French Riviera has pledged to continue to tap into Asia-Pacific’s swelling number of elite travellers seeking restorative getaways.

Benoit Badufle, who represents the Monaco Government Tourist and Convention Authority in Asia, said: “Monaco has positioned itself as a global leading medical and wellness tourism destination. Demand for this type of tourism is expected to grow once people are again able to travel, and we are promoting Monaco’s range of offerings.”

In July, hotels in Monaco recorded 70 per cent occupancy compared with 39 per cent in 2020. Visitors were mainly domestic, Belgian and Swiss, with American and Middle Eastern clients also flying in. Badufle predicts that once borders in Asia-Pacific reopen, the destination will welcome arrivals from the Asia-Pacific region, especially China.

Asia-Pacific is also of importance to Spain. Australia and New Zealand have traditionally been strong performers, with Thailand and Indonesia showing signs of growth pre-pandemic. Future promotion will also target Vietnam and Brunei.

The destination is pushing its wellness agenda too, boasting 112 spa areas countrywide. The northwest region of Galicia is famed for its upmarket spa experiences, southern Spain is renowned for its facials, while Valencia in the south-east recently started promoting its variety of health and wellness offerings.

Vien Cortes, regional market analyst for Turespaña, said: “We are very strong on wellness tourism and offer some unique experiences. The spa concept in Spain is very different to what we see in South-east Asia and is more focused on the therapeutic side, which is interesting for Asia-Pac ific visitors.”

Switzerland Tourism is also ramping up its wellness focus, and has its sights set on the Asia-Pacific market. Batiste Pilet, Switzerland Tourism’s director for South-east Asia, said: “As consumers become more and more aware of their health, tourism is also impacted by this change. As a result, we have launched a health tourism campaign spanning from spa and wellness all the way to medical travel.”

In 2020, Switzerland Tourism launched a campaign in China, based on feedback from medical and hospitality institutions that noted rising demand. Pilet noted that there had also been growing demand out of South-east Asia for programmes that Switzerland is strong in, such as detox and addiction rehabilitation.

Said Pilet: “We except this segment to boom (post-lockdown) as consumers have never been that health-conscious and Switzerland’s cleanliness, reliability and natural beauty are more attractive values than ever before.”