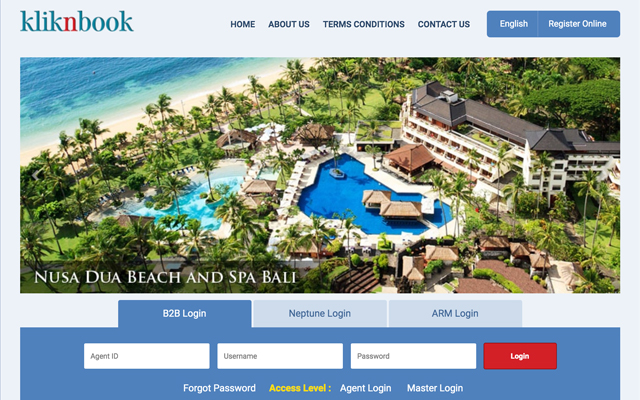 KlikNBook.com, an Indonesia-based B2B bedbank founded in 2012, has pumped heavy investments in technology and human capital as it targets to achieve 40 per cent share of the domestic market a year from now.

Peggy Lee, the company’s founder and director of operations, said: “The hospitality distribution landscape is changing, and competition from international brands is fierce. We had some modest success, but ran into challenges when negotiating with big brands as they want to see numbers. We knew that we needed investment, so we had to upgrade our technology and recruit people who understand the business.

“We are lucky that we have found investors who are looking to develop this business,” she said, declining to name the investors and the amount of funds injected into the company.  She added that the company would target domestic travellers who are travelling within Indonesia or overseas.

The bedbank’s president director Riyo Wisaksono said that with hotel developments spreading from major destinations to secondary and third-tier cities, the company is looking to tap on these potential markets by bringing in fresh blood to support the organisation’s growth.

“We have (recruited) 25 team members who have years of experience developing and managing (domestic) bedbanks. They have developed good relationships with hotel suppliers and buyers (travel companies),” he said.

The domestic market presents “huge” opportunities, said Riyo. According to data from Statistics Indonesia, there were 303.4 million trips in 2018, a growth of 12.4 per cent from 2017.

In addition, improved accessibility across the country, on the back of construction of toll roads across Java, alongside airport developments, have also encouraged domestic travel.

“It is interesting to learn that the opening of the toll road (between Surabaya in East Java and Solo in Central Java) have boosted room occupancy rates,” Riyo shared.

Hoteliers in Solo used to grapple with an oversupply of rooms, but they are now seeing between 70 to 80 per cent occupancy rates since the opening of the toll road last year, according to Riyo. Travelling between Surabaya and Solo has been slashed by half to less than three hours.

“This (toll road) seems to have attracted people in both provinces (Central and East Java) to visit each other. The places of interests in East Java are full of travellers from Central Java and the other way around,” he said.

Meanwhile, KlikNBook.com has its sights trained on local travellers heading overseas too, Lee revealed. “Indonesian outbound travel continues to grow and these travellers need accommodation overseas, so our content will have to cater to their needs too,” she noted.

Quizzed on the strategy to reach the target, Riyo said: “We work with both big and small hotels with policies that allow them all to profit and for the small to grow.

“Our offices will be in Bandung, Bali, Surabaya and Jakarta, but we will work with small, local bedbanks in other cities to develop content. This way, our content will grow without killing small businesses in the secondary markets,” he added.