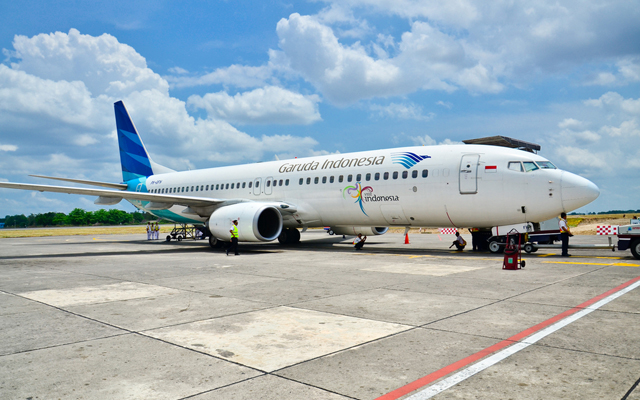 Garuda Indonesia plans to sharpen its focus on domestic services in a bid to save the ailing national carrier amid continued Covid-19 headwinds, said state-owned enterprises minister Erick Thohir.

Speaking at a press conference in his office yesterday (June 2), Erick said: “One of our focuses ahead is for Garuda and (its subsidiary) Citilink to focus on the domestic market, and not the international market.”

He said this business focus had been discussed with Garuda’s management pre-Covid, but has now become crucial as the pandemic continues to curtail international air travel demand.

Upping the focus on Indonesia’s large domestic market will help ease Garuda’s financial burden, as the carrier earns the bulk of its revenue from operating domestic routes.

Erick noted that the national tourism data prior to the pandemic showed that 78 per cent of traffic was domestic travel with an economic value of 1,400 trillion rupiah, while international traffic contributed 22 per cent and yielded 300 million rupiah in economic value.

He also said that as Indonesia is an archipelagic country, local residents had few choices but to travel by air or sea, providing huge opportunities for Garuda and Citilink to tap into this potentially lucrative segment.

Tourism players whom TTG Asia spoke to said that while Garuda’s plans to focus on the domestic market in the near-term makes sound business sense, it may not be financially viable in the long run.

Budi Tirtawisata, CEO of Panorama Group, said: “Looking at the commercial aspects and the (state) of the airline, it is a very reasonable option, at least for a certain period, until the (travel) market recovers.”

Adjie Wahjono, operations manager of Aneka Kartika Tours, said: “I don’t think this business plan is the (government’s) grand design for the airline (in the long run). For a vast, archipelagic country like Indonesia, where the tourism pockets are scattered on many islands, it will be too naïve for Indonesia not to have a flag carrier serving international routes.”

However, the minister’s strategy “makes perfect sense to survive the pandemic”, he added, noting IATA’s projection that global passenger numbers are expected to recover to only 52 per cent of pre-Covid levels by the end of this year, and that full recovery will only take place by 2023.

On the other hand, Adjie questioned the effectiveness of the plan to cover the whole country as Garuda’s fleet has been designed to serve major cities and not the ones with smaller airports.

Peltana Danson, director of Borneo Eco Tour, opined that Garuda should have focused on the domestic market since the start of the pandemic and maximise its LCC sister to stimulate traffic around the country.

On the other hand, Udhi Sudiyanto, owner of Antar Anda Tour and Travel, said that if the plan entails Garuda suspending all international services, the minister should reconsider the plan as it meant barring or hampering inbound tourism flows.

“It is probably fine to cut the longhaul flights, but Garuda should keep the profitable short (and medium) hauls,” he added.

He also said that what the airline needed to do was to operate more efficiently, particularly when it comes to managing operational costs.