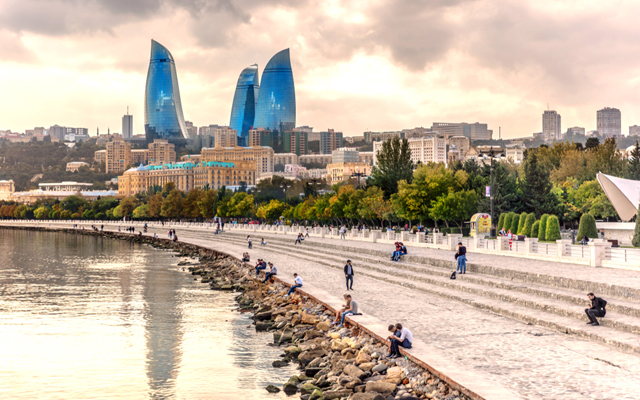 Its name may not ring a bell yet among Asian travellers and trade members, but Azerbaijan’s tourism leaders are keen to change that by launching a destination awareness campaign worldwide, including in South-east Asia.

Azerbaijan Tourism Board is making its debut presence at ITB Asia this year, led by CEO Florian Sengstschmid to explore collaborative opportunities with Asia’s travel agencies and encourage travellers to explore the country’s rich blend of modernity and antiquity through its ‘Take Another Look’ campaign.

“Our main objective is to put Azerbaijan on the map,” Sengstschmid told the Daily. “After that, the second step is to activate events in Azerbaijan to increase trade engagement.”

In 2018, Azerbaijan welcomed 2.8 million international visitors, while the projection has been raised to four million by 2023. “This will put us at 10 per cent growth each year,” said Sengstschmid.

In Asia, China and India are biggest visitor source markets, while South Korea and Japan are posting strong increase in overnights. ATB is set to open a marketing office in Seoul later this year.

For South-east Asia, Singapore, Malaysia and Indonesia are on the radar for ATB, as outbound travellers from these three markets are on the rise and Singapore travellers, in particular, are keen to seek out new places, noted Sengstschmid.

Most recently, Azerbaijan implemented a simplified new electronic visa procedure to allow visitors to easily obtain a visa when travelling to the country. Singapore, Malaysia and Indonesia are eligible for visa upon arrival, while Thailand and Vietnam are eligible for the e-visa system.

However, Sengstchmid recognises that Azerbaijan is still “too new” to be promoted as a standalone destination, therefore a more effective strategy is to co-market the country in the Caucasus region with neighbouring Georgia.

Destination promotion efforts for Azerbaijan are still nascent, admitted the NTO chief, coming after the former Soviet state looked to tourism as a new economic revenue generator following sharp declines in global oil prices in recent years. ATB too, he said, was only founded a year and a half ago in 2018.

Despite being a newcomer on the global tourism scene, Azerbaijan’s transport and hospitality infrastructure and hospitality is already well developed, courtesy of its oil industry, said Sengstschmid.

The country is there already home to international luxury hotel brands like JW Marriott, Four Seasons and Hilton, although the country’s surging interest in tourism is also attracting hospitality players to invest in wider segments across the sector, according to Martin Kleinmann, president of Azerbaijan Hotel Association. “Everybody is there and eager to grow,” he said.