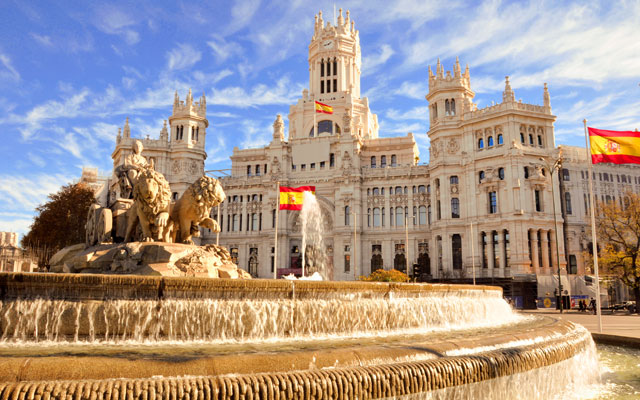 Europe’s move to reopen borders this month to vaccinated travellers from non-European Union (EU) countries has done little to spur longhaul travel bookings out of Asia, observed travel specialists in this region.

For Singapore residents, that troublesome return comes in the form of three compulsory Covid-19 tests and a 21-day quarantine in a dedicated government facility – all to be paid out of the traveller’s pocket.

In Malaysia, where the government has just extended its movement control order for another two weeks until June 28, 2021, international outbound travel is prohibited.

Overseas travel is similarly banned in Australia until next year, unless for essential purposes. Australia only has a travel bubble with New Zealand.

In Japan, the government discourages overseas travel. Most countries, including those in the EU, are ranked Level 3 for having a high risk of infectious disease.

Joining the list of travel obstacles is the lack of comprehensive travel insurance that covers Covid-19 pre-trip, during travel and post-travel, opined Alicia Seah, spokesperson for Dynasty Travel in Singapore, who told TTG Asia that only essential travel to Europe are taking place and will continue to be so even with a welcoming EU.

“However, we are working closely with various tourism boards and partners to keep our staff updated of information and developments in Europe, and be ready to promote the destination once borders are more laterally open between Singapore and Europe,’ added Seah.

Dynasty Travel is among a number of outbound travel specialists in Singapore that have continued to keep Singaporean consumers engaged during the pandemic downtime via creative collaborations with various NTOs.

Another critical barrier to Asia’s longhaul travel recovery is the slow vaccination rate. In a consolidated vaccination progress update by travel and tourism research and consultancy agency, Pear Anderson, South-east Asia’s vaccination rate remains mostly single digit. As of June 20, Singapore takes the lead in the region with 34.03 per cent of fully vaccinated residents out of the total population. Cambodia comes in second with 15.69 per cent and Laos third with 6.05 per cent.

Tourism marketers cut Asian focus for now
Asian governments’ risk-averse stance in the Covid fight has led TTC to see more booking and fulfillment activities happening in the US and Europe, while Asian markets remain quiet.

Lim said Americans and Europeans tended to be more courageous in their approach to travel and are confident about travelling post-vaccination compared to Asians.

“However, I think the number one source of their travel confidence is the lack of a returning quarantine requirement. For example, Americans only need to serve a five-day home quarantine if they were coming back from certain places in Europe and have a negative PCR (Polymerase Chain Reaction) test result to show. Because of such relaxed measures, TTC has in the last three weeks seen our trips to Iceland, Greece and Egypt doing very well and dominated by the Americans,” Lim added, and noted that Europeans are also returning to travels within Europe.

With travel recovery stronger in the US and Europe, Lim said western tourism marketers are now focusing their resources on these source markets. Asian agents retailing TTC’s longhaul programmes are also withholding their marketing spend, as demand is not expected to materialise in the near term. However, Asian source markets will not be neglected for long.

“Asian markets will return to focus once governments here ease off travel restrictions. We must not forget that wealth and spending power is growing most strongly in Asia. The rise in new money and business investments continues to be seen in Asia. The commercial value of Asia for travel and tourism remains high, but just not now for Europe and the US destinations because of travel restrictions,” Lim explained.

Also emphasising Asia-Pacific’s importance in global travel is the newly-published Asia Pacific and the Global Travel Recovery, a study produced by International Luxury Travel Market in partnership with research agency Barton. It showed that Asia-Pacific is the fastest-growing region for wealth in terms of both population of High Net-Worth (HNW) individuals and total wealth. The region’s luxury travellers – 6.4 million of them – contributed US$363 billion to the global luxury travel universe, the collection of travel products and services that are particularly attractive to luxury travellers. Despite only being 0.15 per cent of the region’s massive population, they contribute almost half of the region’s total to the global luxury travel universe.

And within Asia-Pacific’s expanding luxury travel potential lies China, a superpower in terms of travel consumption, found Barton’s founder and author of the study, Winston Chesterfield. Forty-nine per cent of the region’s spend on airfares and lodging, which equates to US$114 billion, is made by travellers from China. Of this, 52 per cent is made by China’s HNW population, which is around 29 per cent of the total Asia-Pacific HNW population.

China’s strict outbound travel restriction is therefore worrying for all destinations that used to benefit from Chinese arrivals, said Chesterfield.

“It isn’t just the travel industry that is impatient to get the Chinese back. Not too long ago, one in three purchases of luxury goods was made by a Chinese person outside of China. Now, it is more than that – almost approaching the level of one in two purchases. Brands need the Chinese to get back to travelling and spending,” Chesterfield said.

“That doesn’t mean the Chinese story is the only story; it is not. The world needs wealthy people from Japan, Singapore, Australia to be travelling again,” he added, also pointing to fast-growing HNW populations in Vietnam, India and the Philippines.

TTC’s Lim is laying his bet on “an explosion of outbound travel” from Asian source markets once conditions are right, especially from China, South Korea, the Philippines, Vietnam and India which were “performing amazingly for outbound travel” pre-pandemic.

He also predicts that markets on EU’s green list – Singapore, Japan and Australia – will rebound the fastest once outbound travel restrictions ease.

“There are very limited destinations that one can visit now for holidays, so much so that travel choices will not be so much about fulfilling bucket lists. As long as the destination is open for leisure travellers, people will go,” Lim said.

Travel the world at home
With Japan’s ministry of foreign affairs still advising citizens against travel abroad and only about 10 per cent of the population vaccinated, the outlook for Japanese overseas travel looks bleak.

One large outbound agent told TTG Asia anonymously that they are not anticipating an increase in outbound demand in the short- to medium-term. But with interest in overseas travel still strong, some agents are offering an overseas experience at home.

Japan Airlines and JTB, the country’s largest travel agency, have launched “scenic flights” from Haneda Airport designed to give guests the feeling of having had a trip abroad. Themes include overseas beach resort, as well as country destinations. The airplanes are decorated according to the theme and famous tourist attractions from the destination are shown during the in-flight entertainment.

From 24,800 yen (US$225), the beach resort theme offers Hawaiian in-flight meals and the chance to experience Guam through a virtual reality lens. Aloha shirts are among the souvenirs.

Singapore-themed and Taiwan-themed flights start from 19,800 yen. Both flights cruise over famous Japanese sites including Mount Fuji, and are about three hours’ duration.

ANA has also been offering similar tours with a Hawaiian theme from Narita Airport, costing from 38,000 yen. The flight uses a special aircraft normally reserved for the Narita to Honolulu route. Passengers can take home a special boarding certificate and a backpack in the shape of Honu, ANA’s sea turtle mascot.

Travel-starved Japanese residents can also turn to Tobu Railway’s new Nikko Discount Ticket, which offers unlimited travel for four days from Tokyo to and around Nikko and Kinugawa Onsen. Options include a visit to The British Embassy Villa Memorial Park in Oku-Nikko to enjoy a tea set with authentic scones supervised by the chef of the British Embassy, Tokyo.

A representative of a major outbound travel agent, who declined to be named, said overseas travel is difficult now but many people still want to enjoy a foreign experience. – Additional reporting by Kathryn Wortley