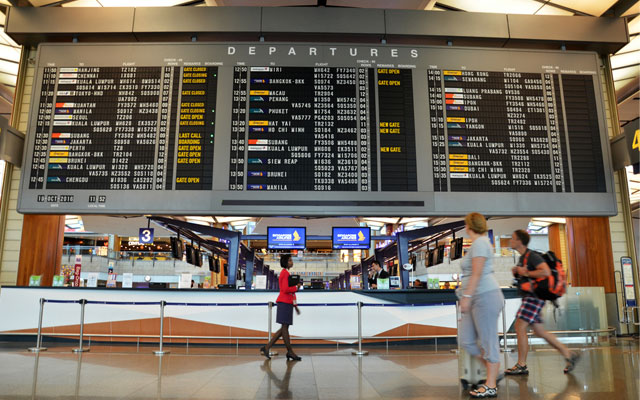 Health and safety concerns rising along with the number of Novel Coronavirus cases in China and beyond are stifling travel confidence in Asian markets, with outbound agencies in Singapore, Indonesia and Sri Lanka reporting cancellations and postponements for the next few months.

Anticipating sliding travel demand from Singaporeans, the National Association of Travel Agents Singapore (NATAS) has postponed its popular NATAS Travel Fair 2020 from February 21-23 to May 1-3 as a measure to “lower the risk potential for the public and staff (of participating travel agencies)”, explained Alicia Seah, director, public relations & communications, Dynasty Travel, a member of NATAS.

Within Dynasty Travel, there are plans to reduce advertising and marketing expenditure, and to scale down events in response to the “sharp drop in travel demand”, shared Seah.

Nam Ho Travel Service is seeing some deferred travel bookings, especially those to China, shared Joe Lim, a consultant for the company. He described: “The market is currently quiet, because it is post-Chinese New Year when travelling has slowed down compared to any other times of the year. Some bookings were deferred, especially those to China, while the rest (of our customers) are adopting a wait-and-see (for how the situation will develop).”

Pauline Suharno, managing director of Elok Tour, told TTG Asia that “many cancellations of tour packages” by Indonesians have resulted in the suspension of chartered flights from Indonesia to major Chinese cities, such as Hainan, Kunming and Nanning.

The last chartered flight took off on January 24, she said.

South Tangerang-based Safa Tour’s owner Khairul Gumay said he has recorded 800 million rupiah (US$58,691) in financial losses from six group cancellations. The groups were supposed to visit Beijing, Kunming, Guangzhou and Hong Kong over the Chinese New Year holidays and the coming Valentine’s Day in February.

Khairul said these clients were worried about being infected as well as being trapped in the Chinese cities should travel suspensions worsen.

Pauline, whose business is also bleeding from the outbreak, added that with Japan – a popular destination among Indonesians – having confirmed infections, she has had to propose major domestic destinations as alternatives to customers who are still looking to take vacations.

The adverse business impact is felt in Sri Lanka too, with an anonymous outbound agent saying he is saddled with a large number of postponements or cancellations of incentive tours to various parts of Asia, totalling over 500 participants.

The agent who declined to be named told TTG Asia that the financial loss was “huge”.

Meanwhile, a number of Chinese visitors in Sri Lanka have requested to extend their holidays instead of returning home immediately. At present, there are between 800 to 1,000 Chinese travellers in the country, immigration officials said. – Reporting by Pamela Chow, Kurniawan Ulung, Feizal Samath