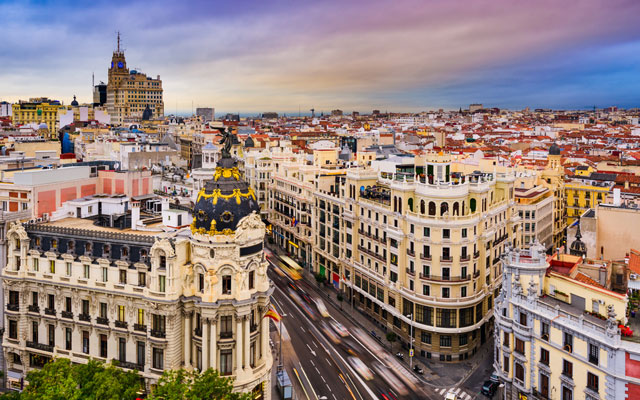 The Spanish city of Cáceres‎ and Nepal’s Lumbini, the birthplace of Lord Buddha, will be supporting the building of a huge Buddhist statue and temple in Spain that is meant to serve as a symbol of world peace.

The project, which was presented on the opening day of Madrid’s Fitur tourism trade fair on January 22, is expected to be a big draw for Cáceres, especially among Asian tourists.

Funded by the privately-owned Lumbini Garden Foundation, the project’s centrepiece will be a 40m-tall statue of a seated Buddha.

Planned for the outskirts of the city – some 290km southwest of Madrid – the site will also feature gardens, a library, relics of the Buddha, and a residence for 20 monks, according to the mayor of Cáceres, Luis Salaya.

While the city will provide the site, the Lumbini Garden Foundation is planning to cover the construction costs of the project, pegged at an estimated 25 million euros (US$27.5 million), through funding from various countries and private donors.

In an email interview, Lumbini Sanskritik Municipality mayor Manmohan Chaudhary said the project’s aim was “to broadcast the philosophy of peace, which is the message of the Buddha, throughout the world”.

The mayors of the two cities have already signed a twinning agreement, ahead of the project which is expected to get underway later this year.

Salaya opined that the project will be a chance for more Asian travellers to become acquainted with Cáceres. “It’s an important international business leap for the region, establishing direct relations with the Asian market, one that is so relevant today,” he said.