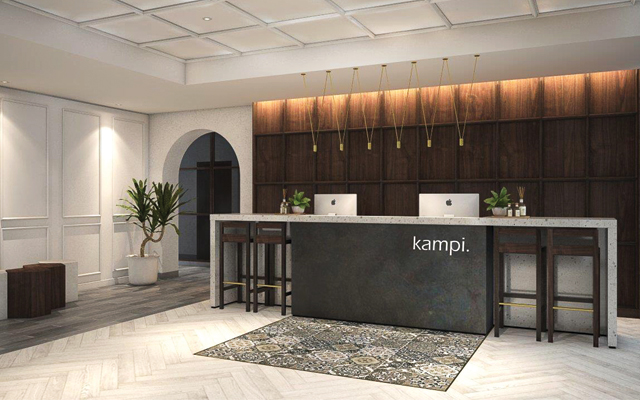 Santika Indonesia Hotels and Resorts has debuted a three-star brand that carries a modern and energetic vibe to cater to the growing population of millennial travellers.

Inside the new Kampi hotel
1 of 4

“Santika reflects Indonesian tradition, culture and heritage, while Kampi is contemporary while retaining the heartfelt hospitality quality that Santika properties are known for,” he said.

Kampi’s contemporary nature is shown in its service culture, which Sudarsana said would be delivered by staff – known as crafters – in a fun, friendly and casual way. F&B served at Kampi hotels will also be fusion or modern.

Millennial travellers can expect attractive, 1980s-themed properties with “pretty corners” to satisfy their desire for the best social media snapshots.

The first Kampi hotel will soft-open in Surabaya this November with 196 guestrooms, a ballroom, meeting rooms, a restaurant and a fitness centre.

Sudarsana explained that Surabaya was chosen to house the first Kampi hotel as it is the second largest city in Indonesia, and a “hub for millennials who want to explore East Java”.

More Kampi hotels are in the plans, and they will be located in big cities.

With Kampi, Santika Hotels and Resorts now boasts a portfolio of seven brands including The Samaya, The Kayana, The Anvaya, Hotel Santika Premiere, Hotel Santika and Amaris Hotel. Altogether, the company operates 110 hotels across Indonesia.