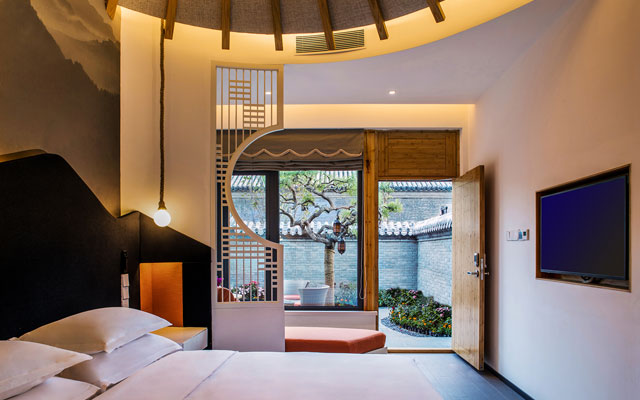 Dhawa Jinshanling, China
Operated by Banyan Tree Hotels & Resorts, the first Dhawa hotel in China has opened its doors in Jinshanling, Beijing. The property features 200 rooms and suites, with amenities including Wi-Fi, a widescreen TV and floor heating.

Valley Rooms are inspired by traditional Chinese architecture and overlook mountainous scenery, while Courtyard Rooms are set around a large communal courtyard with outdoor seating for groups of family and friends. Heritage Rooms occupy classically styled buildings and come with semi-private courtyards or unblocked views of the Great Wall.

Amenities on-site include a lobby lounge, a snack and drink area equipped with a launderette, an all-day restaurant with three private dining rooms, a spa with seven treatment rooms, a fitness centre and a 400m2 ballroom. There are six F&B venues, as well as a grand ballroom that can hold up to 220 pax reception-style, and several meeting rooms. Recreational facilities include a spa with five treatment rooms, gym, two swimming pools, a children’s pool, and a kids’ club.

In addition to the new resort, the resort will also launch a 54m-long and 11m-wide, nine-bedroom phinisi ship named Ayana Lako di’a. The ship will take guests around the island for short explorations of approximately two to three nights per trip. F&B options include Mediterranean restaurant Labbra Rosse; and Chuan Palace which offers Cantonese, Huai Yang and Sichuan cuisines; a lobby lounge, as well as a rooftop bar. Aside from the 14 private dining rooms in Chuan Palace, event planners may also avail the 6,000m2 of function space across several indoor and outdoor venues.

Guests at the property will be able to make use of the concierge services, as well as facilities such as a semi-indoor swimming pool and a fitness centre. The property will also have two F&B outlets, Spice Restaurant and Deckside Lounge and Café.