A look at the megatrends in travel technology and their potential to transform the industry. 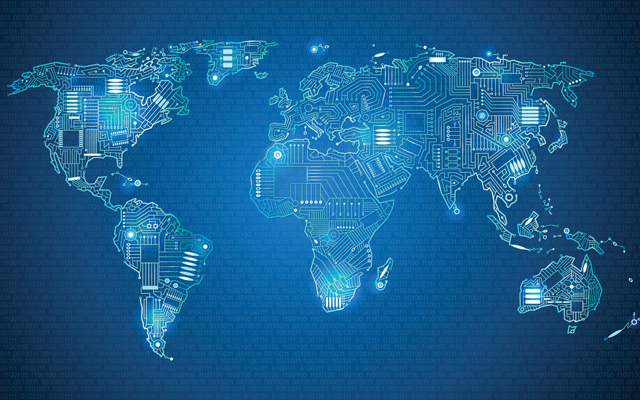 The travel industry is in the throes of unprecedented change, as technology make travel quicker, easier and more integrated than ever before. These new technologies are seeing swift uptake from consumers, driven by consumers’ growing digital impatience and expectation for instant responses, answers and solutions to their queries and purchasing requests, Expedia noted in its recent 2018 Travel Tech Trends and Industry Opportunities report.

Travel companies are likewise adopting various technologies at every stage of their journey to improve operational efficiencies and meet customers’ expectations, according to data and analytics company GlobalData. “Increasingly, people are coming to understand that the travel business is really a technology business,” said Philip Likens, director of Sabre Labs. “Even the simplest journey generates huge amounts of data. Collecting, indexing and understanding that data – and how we apply that understanding to improve every traveller’s experience – is what will drive real innovation across the entire travel ecosystem.”

Here, TTG Asia takes a look at some key technologies shaping and transforming the travel industry.

Artificial intelligence
Making rapid inroads into the travel and hospitality sectors is artificial intelligence (AI), which automates computer processes to understand and mimic human behaviour through natural language processing (NLP) and machine learning. NLP helps computers understand human speech or typing, while machine learning refers to computer programmes that learn from new information or data without having to be explicitly programmed. Together, they enable computers to respond to specific questions or requests, and improve the relevance of responses over time.

Some 62 per cent of global consumers are comfortable with AI applications responding to their queries, according to Expedia. Said Arthur Chapin, senior vice president – global product and design, Expedia Group: “By better knowing each customer and intuitively providing them with the information they want, we’re freeing up time, and starting off their travel experience with right with frictionless discovery, search and booking process.”

Chatbots, offshoots of AI, are becoming ubiquitous and are especially prevalent in customer service, programmed to resolve simple issues that previously required the mitigation of a real-time agent.

For example, Chan Brothers Travel’s implementation of a Webchat system on its website has helped to relieve the load on its hotlines and is capable of holding up to 65 per cent of the conversation with customers before requiring human intervention, if at all Likewise, Air New Zealand’s Oscar chatbot has reportedly enabled the airline to answer 75 per cent of questions in Australasia, freeing up its customer service agents to focus more on handling complex queries.

However, with growing automation, human intuition and engagement skills are expected to become even more valuable. In contrast with algorithms which rely on access to extensive personal data to customise recommendations, human staff can be trained to provide excellent, personalised service without needing much prior context.

Internet of things
The Internet of Things (IoT) is the network of physical devices connected by electronics in conversation, and the travel industry has emerged as the frontrunner in IoT spending.

Airlines are using IoT to impove all aspects of the passenger experience, from baggage handling to safety monitoring and checking the efficiency of the planes themselves. Lufthansa is using IoT to enable passengers to track their baggage via a link found on their mobile boarding pass in the Lufthansa app.

Travel pundits are also expecting to see the IoT take off in the hospitality landscape, enabling hotels to completely personalise the guest experience through in-room smart devices to a network of controls.

Through the innovative use of several sensing and data processing strategies, Singapore-based Drop Positioning Systems has created an all-encompassing Smart Hotel Eco-System to simplify the process of storing and locating guests’ luggage, manage inventory and even tracking of lost & found items, enabling hotels to save on manpower while boosting workflow efficiency at the same time.

Augmented and virtual reality
Virtual reality (VR) and augmented reality (AR) technologies have an easy fit with the travel and tourism sector.

VR, which makes users feel as though they are physically present in a digitally created environment, has seen progressive adoption in the travel and tourism industry, with VR headsets becoming a mainstream consumer product in recent years.

VR applications in the travel industry are numerous. Travel companies such as Thomas Cook, Flight Centre and Virgin Holidays are already experimenting with VR in-store to give potential customers tours of the destinations they’re selling.

Shangri-La Hotels was an early adopter of VR in its marketing efforts, rolling out in 2015 Samsung Gear VR headsets across all its global sales offices and produced 360-degree VR tours for its properties worldwide.

Immersive VR experiences are now touted in Asia’s theme parks, may it be dungeon crawling amongst the undead at The Rift in Midvalley, Kuala Lumpur, or battling dragons, living alongside aliens and visiting different planets – all in one place – at Oriental Sci-Fi Valley in Guiyang city in China’s Guizhou province, said to be the world’s biggest VR sci-fi theme park in the world.

These technologies, while unlikely to replace tourism completely, have potential to improve and inspire travel experiences. Pokemon Go, an AR game promoted by Niantic to get people moving, was used by many tourism authorities to promote their destinations at the height of its popularity.

Travel suppliers are constantly thinking up novel ways to enhance the travel experience. A case in point is Asiatravel, which through its B2B division TAcentre, is linking arms with Yaturu 5800 Israel to bring “Hollywood theatrics” to tourism with the launch of Israel tours staged using AR technology and scripted audio-dramas of the destinations’ history. After Israel, Asiatravel and Yaturu will jointly develop similar AR tours in major tourism destinations in Asia, with the first Asian tour to be ready by this year-end.

Voice technology
A relatively newer concept on the market, voice-enabled devices are expected to see significant uptake in an increasingly time-sensitive world. What Siri started doing for iPhone users several years back has evolved into an entire industry, with the mainstream success of devices such as Amazon Echo and Alexa.

Developing markets are also driving the next wave of voice-powered technology. While North America accounted for 95 per cent of Alexa and Google Assistant users in end-2016, Travelport projects that over 47 per cent of device users will be in Asia and Ocean by 2021. Furthermore, recent Travelport research has found that 72 per cent of Chinese travellers use voice search compared to just 33 per cent in the UK.

Voice search currently presents the greatest opportunity in hotels. According to Travelport Digital Mobile Travel Trends Survey 2017, 31 per cent of travel brands intend to invest in voice technology in 2018.

Blockchain
The value underlying blockchain technology has often been overshadowed by headlines on the huge volatility in the price of cryptocurrencies, according to Sabre Labs in its latest Emerging Technology in Travel 2018 Report, as the global technology provider sees blockchain as among the technology trends that will define the future of travel.

Sabre recommends travel agencies to start learning about blockchain so that they could understand and strategise how business can benefit from data that should be scarce, shared and permanent.

“Blockchain isn’t magic, it’s just a new tool to put in the toolbox of transaction and data storage solutions,” the report stated. “That said, as a tool, it’s distinct from other tools, so it makes new kinds of solutions possible.”

While other industries have been quick to adopt cryptocurrencies, the travel industry isn’t far behind as a growing number of companies and businesses is now accepting digital cash as a form of payment.

Airlines such as Singapore Airlines has opened the door for cryptocurrencies, with plans to launch a digital wallet for its frequent flyer KrisFlyer programme that will be powered by a private blockchain.