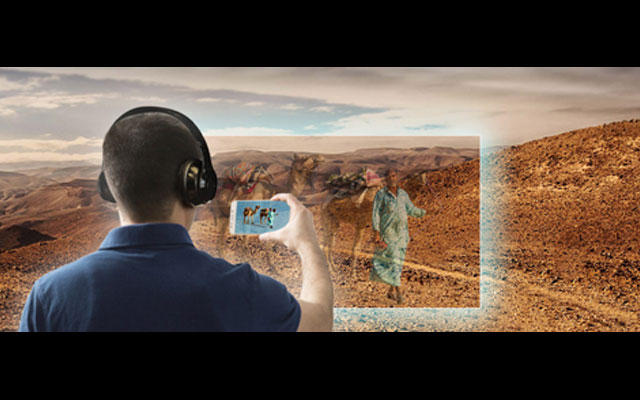 Asiatravel and its B2B division TAcentre, in partnership with Yaturu 5800 Israel, are hoping to bring “Hollywood theatrics” to tourism with the launch of tours staged using augmented reality (AR) technology and scripted audio-dramas of the history of destinations.

The “world’s first digital theatrical tours” will start with special group packages to Israel, where participants will be taken to Masada to join the final events of the first Jewish-Roman War, which occurred during 73 to 74 AD. On another part of the tour, they will visit Jerusalem or Bethlehem, where they will get to witness Jesus standing against corrupt authority, or angels communing with Mary and being asked to name her unborn son.

Following the launch, Asiatravel and Yaturu will jointly develop similar digital theatrical tours in major tourism destinations in Asia, with the first such Asian tour expected to be ready by end-2018.

An extension of the production house, now in Hollywood, will be established in Singapore to fast-track development across Asia-Pacific.

Kevin Bermeister, CEO of Yaturu, said: “AR and tourism are mutually disruptive. We know about AR business models largely from the gaming industry, but I believe tourism will become the first industry to fully engage AR and the first to birth successful, long term AR content business models. Asia Pacific will be a very interesting region for us to develop these tours because of its diverse cultures and backgrounds”. Fred Seow, CEO of TAcentre, added: “It is timely for this product segment (tours), which has been largely human based, to achieve consistent high standards, refined content and quality and even cost savings when converted into digital theatrical tours.”

These digital tours to Israel are now open for agents’ bookings on TAcentre.com (international) or TAcenter.cn (China).