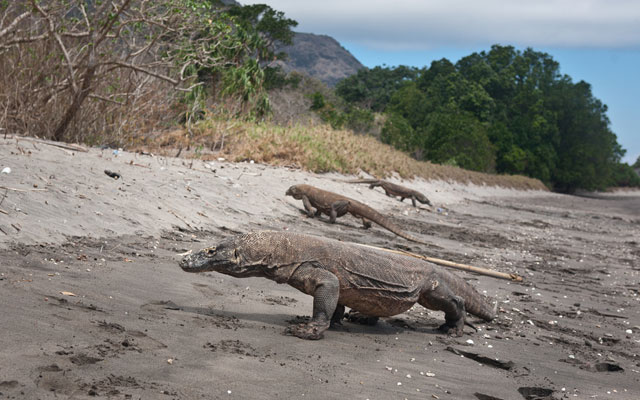 Plans to raise Komodo National Park fees may have been axed, but travel trade players say the damage has been done. Travellers are uncertain and reluctant to visit.

The government had previously planned to increase the entrance ticket for Komodo National Park from 250,000 rupiah (US$17) per visit to 3,750,000 rupiah for a year-long multiple entry as of August 2022. This was later postponed to January 1, 2023 following protests.

At end-December, Sandiaga Uno, minister of tourism and creative economy, said the increment would not happen.

Travel trade players told TTG Asia that the dent on Komodo National Park’s visitation would be most prominent in 2024, unless more efforts are spent now to convince the market that this cancellation is final.

Flores Exotic Tours’ director Leonardus Nyoman said many of the company’s partners are still hesitant to sell the destination, due to the government’s inconsistency.

Without certainty, Leonardus said partners and overseas clients will seek other destinations to sell.

Pacto Tours’ chief operating officer Umberto Cadamuri said the on and off entrance fee changes have cost his agency up to 30 per cent of sales for Komodo and Flores from the European market this year.

While Cadamuri believes that there is “still a possibility to get more bookings”, outcomes will be “limited”.

For now, he hopes that the domestic market will stand in to boost Komodo sales.

Abed Frans, chairman of the East Nusa Tenggara (NTT) chapter of the Association of the Indonesian Tours and Travel Agencies (ASITA), stressed the need for the government to confirm that the decision is final. He described the entrance fee issue as being as devastating and disruptive as the Covid-19 pandemic.

He said: “This is important because NTT’s tourism dependence on Komodo is so great.”

To recover Komodo’s image, ASITA plans to use ASEAN Tourism Forum and ITB Asia as platforms to inform the market that there is no increase in ticketing fees.

“We hope the government can collaborate or even do more than that,” Abed added.