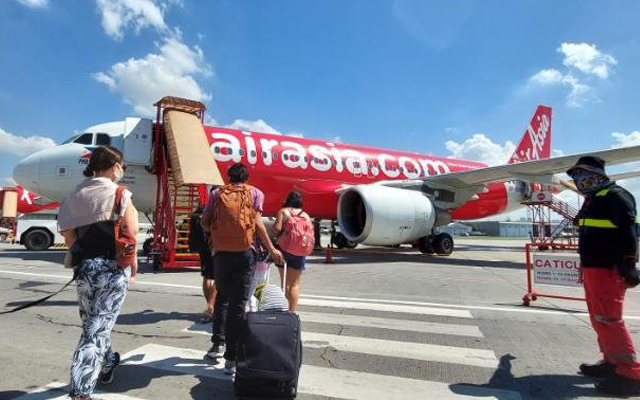 The increase is still 35 per cent below the average pre-pandemic passenger traffic observed during the same period in 2019.

AirAsia recorded an average load factor of 88 per cent for all destinations, including top summer locations such as Cebu, Panglao, Puerto Princesa and Caticlan-Boracay.

AirAsia Philippines spokesperson and head of communications and public affairs Steve Dailisan said: “The numbers are very encouraging and a great indicator that indeed, we are now right on the path to recovery. Our guests’ hunger for travel really dictated the pace, especially this past Holy Week. We hope to sustain the growth leading to next month where more are expected to return to the provinces to exercise their right to suffrage.”

The airline is expecting to fly 103,986 guests in and out of Metro Manila via NAIA Terminal 4 next month with Caticlan, Tacloban, Tagbilaran, Cebu and Kalibo as the top five preferred destinations.

In anticipation of the summer surge and the National Elections happening in just three weeks, the airline has raised its flight frequencies by 28 per cent, allowing passengers to choose more flexible schedules to places like Caticlan, Kalibo, Tagbilaran, Puerto Princesa and Bacolod.