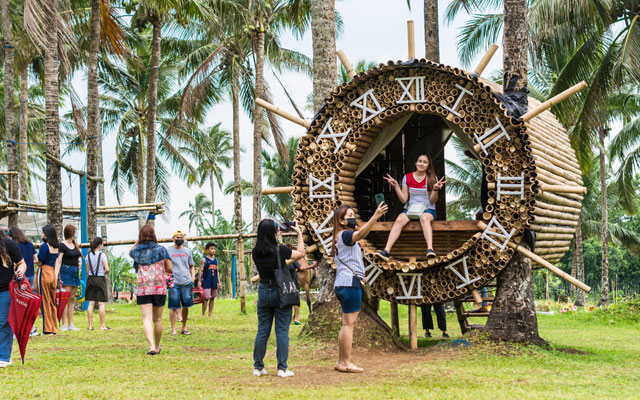 The Philippine Department of Tourism (DOT) has been called upon to be more vocal in fighting for the reopening of domestic tourism which, in pre-pandemic times, has shown to reap manifold more returns than the international market.

In 2019, domestic tourists reached 110 million and tourism earnings from them totalled 3.14 trillion pesos (US$61.8 billion), said tourism secretary Bernadette Romulo-Puyat in submitting to the Senate the proposed 2022 budget for DOT and its attached agencies.

Senator and former tourism secretary Richard Gordon told the DOT to be more vocal in asserting the importance of reopening domestic tourism. “I don’t think we should remain locked up. We should open up places that we can corral such as Palawan,” he said.

Moreover, domestic tourism is likely to bounce back faster than foreign inbound based on DOT’s forecast under three recovery scenarios: upside or mild, medium to harsh, and downside or severe.

For 2022, the domestic market is forecast to recover 61 per cent of its 2019 levels under upside or mild scenario; 49 per cent under medium or harsh, and 35 per cent under downside or severe.

And as the travel trade concur that the focus should be on reviving domestic tourism, Philippine Tour Operators Association president, Cesar Cruz, said that the Inter-Agency Task Force for the Management of Emerging Infectious Diseases (IATF) should have a better approach than lockdown and halting leisure travel whenever a Covid-19 surge happens.

“After being in this situation for more than one-and-a-half years, there should be a better approach… I believe that no single tour operator can really make it (if this stop-start lockdown cycles continued),” Cruz said during the Second Tourism and Technology Forum organised by the Tourism Promotions Board.

“At least for domestic tourism, we are pleading the government to review the travel restrictions, the actions to be taken when (a new Covid outbreak) emerges… Please consider what could be the positive effect of tourism, especially on the economy and lives of the people,” Cruz said.

He pointed out that India, for example, is still allowing domestic travel even though parts of the country remain at high-risk for Covid-19; while the focus of tourism marketing in China, Australia and Japan is on the domestic market which has been keeping their travel sectors afloat.

Cruz further highlighted the pent-up demand for travel in the Philippines, as people were eager “just to get out of the house, and even (trips within a) 25 to 50 km radius is enough”, citing a demand spike during the short time that those from metro Manila were allowed to travel to other destinations.