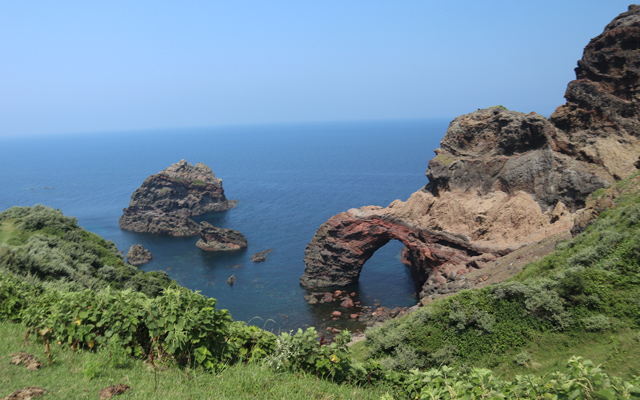 The Oki Islands UNESCO Global Geopark in the Sea of Japan is to receive a tourism boost under a new collaborative pact agreed this month.

The geologically important isles, which are 50km off the coast of Shimane Prefecture in southern Honshu, were recognised for their distinctive nature, culture and geographical features in 2013, and will see sustainable tourism development and promotion under the plan.

The Oki Islands Geopark Promotion Organization, Shimane Prefecture, the four settlements on the islands, and JTB Corporation inked the agreement on April 14 with the aim of “contributing to the regional development of the Oki Islands and the revitalisation of the region through tourism,” according to a statement from JTB.

The organisations pledge to improve four key areas: the geopark’s brand power, the revitalisation of the region and promotion of tourism to international and domestic visitors, sustainable tourism development, and the deployment of human resources through public–private exchanges.

Specific matters to be addressed include the development of tourism content, training of local guides, establishment of a one-stop shop for visitors, and creation of initiatives to support regional development.

The plan builds on JTB’s expansion into the field of what it calls “exchange creation businesses”, which are designed to promote regional exchange by solving social issues.

Last year also saw the grand reopening of the Oki Islands Geopark Museum, which received a Scenery Award for contributing to the beauty of the region.