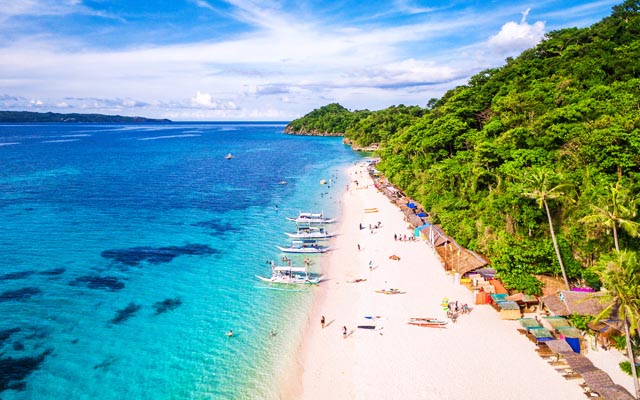 Even though a number of hotels and resorts in Boracay have raised their rates by 15 to 20 per cent this year to reflect the increase in operational costs, domestic travellers and foreign markets like South Korea and Taiwan remain undeterred and still planned trips to the island.

Cecille May Kimpo, director of sales and marketing, Crimson Resort and Spa Boracay, said that after drastically dropping their rates during the pandemic, they have already increased their accommodation prices “about three to four times” as fuel prices have surged during the past two to three months.

According to Bamboo Travel and Tours reservations/operations manager, Mark Gil Saba, other factors for the higher hotel rates are the “super high” electricity rates; the need for accommodation suppliers to recoup their losses as they continued to pay rent and maintain their properties during the pandemic; increase in employees’ daily minimum wage from 395 pesos (US$6) to 450 pesos; higher cost of food sourced mostly out of the island; and higher cost of transporting hotel staff, most of whom are from mainland Aklan.

Boracay’s terminal has also increased prices from 100 pesos to 150 pesos on September 23, and the environmental fee for foreigners is now 300 pesos instead of 150 pesos – this remains unchanged for domestic tourists, Saba added.

Kimpo said the rate hike does not deter the domestic market from going to the island – revenge travel and multi-generational holidays to beach destinations continue with Filipinos doubling their stay from two to three days to four to six days.

She estimated 80 per cent of the travellers to Boracay is domestic and mostly from metro Manila.

Looking ahead, Kimpo expects China to pick up in 2Q2023 or 3Q2023, while more booking traction has started for South Korea since last week when on-arrival PCR tests were dropped for Korean travellers returning home. Taiwan bookings are also picking up – starting October 13, PCR tests and quarantine for returning Taiwan residents will no longer be needed.

Saba said domestic travellers prefer Boracay as a beach destination and feel safer as none of the hotels or resorts there have been used to quarantine guests.

Mayette Sagales-Delfin, director of sales, Savoy Hotel Boracay, said the hotel is trying “to level off with the needs and requirements of the market”, with rates depending on the market forces such as seasonality and demand. She added that the hotel has shifted to business events, which is on the rise.