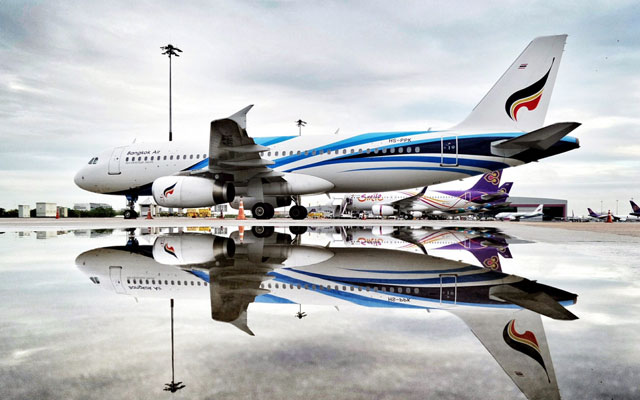 Airlines in Thailand have halted domestic flights through end of this month, as authorities further tighten travel restrictions in response to several consecutive days of record infections.

A professor from Mahidol University has warned that in the worst-case scenario, Thailand could record 32,000 daily cases over the next three months.

In response to the escalating situation, authorities have imposed the highest and strictest control measures on Bangkok and 12 other dark-red zone provinces, including a nighttime curfew and a ban on travel outside those areas. The new measures which kicked in yesterday (July 20) will last until August 2.

The Civil Aviation Authority of Thailand has announced that domestic flights to and from Bangkok and other provinces classified by the Thai government as at high-risk from Covid-19 will be suspended from today.

Nok Air has cut all flights to and from Don Mueang International Airport, from today until month-end. Meanwhile, THAI Smile has suspended services on all domestic routes from today until August 3.

Bangkok Airways has also paused some flights on the Bangkok-Koh Samui route from today. It will postpone flights planned to operate next month on other routes including those from Bangkok to Chiang Mai, Phuket, Sukhothai, Lampang, and Trat.

Puttipong Prasarttong-Osoth, president of the TAA, which was formed early this year, has called on the government to provide financial support to help airlines tide through this period.

Currently, seven TAA members (including Thai AirAsia X) are grounding more than 170 planes but still need to pay as much as 900 million baht (US$27,380) per month for staff wages.

Said Puttipong: “Over a year-and-a-half since the outbreak of Covid-19, the seven airlines have done their best to deal with the crisis to stay (afloat). Now, we are calling on the government to process soft loans for (these airlines) as soon as possible as this will be (their) last breath.”