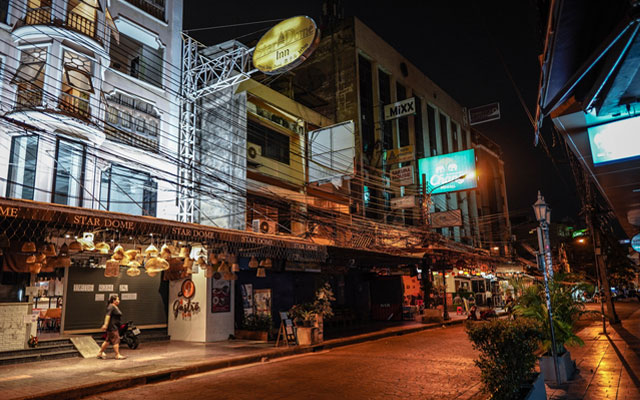 Thailand’s hotel and retail shares have plunged in the wake of a third Covid wave caused by the fast-spreading UK strain of the virus, which quickly spread from clusters of clubbers and partiers in Bangkok and Phuket.

Entertainment venues in 41 provinces have been ordered to shut down for the next two weeks starting today (April 9); while travel restrictions have also begun being implemented on a province-by-province basis.

Some provinces like Nan, Khon Kaen and Chiang Mai now require those who come from red zones like Bangkok and its surrounding areas to undergo a 14-day quarantine. Meanwhile, Trang province requires visitors to present a negative Covid-19 test result prior to travel.

Others, like Samui, have been more lenient, saying only travellers from the three worst-hit districts of Bangkok need quarantine and that travellers from elsewhere will only be sent to the hospital if they show symptoms of being ill on arrival.

The Thai government has added additional days to this year’s Songkran holiday to stimulate domestic travel, but many travellers have either started to cancel their plans amid the uncertainty, or been forced to, given the new provincial travel restrictions.

The travel sector is divided over whether travel restrictions should be implemented ahead of Songkran.

Marisa Sukosol Nunbhakdi, president of the Thai Hotels Association, opined that inter-provincial travel should be permitted over the holidays, in order to catalyse the economy. She added that this year’s frequent stops and starts in domestic tourism prompts the need for a more proactive inoculation plan.

“We cannot stop operations every time a new cluster causes the government to impose strict restrictions. The most urgent need right now is a proactive strategy for the country’s public inoculation,” she told the Bangkok Post.

Meanwhile, domestic airlines like Thai Lion Air and Thai Air Asia (TAA) are urging travel restrictions. TAA shared that while their average load factor is 80-85 per cent over the beginning of the Songkran holidays, they would rather prioritise long-term benefits over short-term revenue. “There won’t be a third wave if the government can stop it earlier,” Tassapon Bijleveld, executive chairman of Asia Aviation, TAA’s largest shareholder, told the Bangkok Post.

The Centre for Covid-19 Situation Administration (CCSA) has the authority to issue a countrywide travel ban, but has not done so thus far. Last month, prime minister Prayut Chan-o-cha stated that Songkran travel is needed for the economy, but urged travellers to be vigilant and careful of infecting their vulnerable elderly relatives.

Privatisation of vaccines
Stephan Vanden Auweele, chief hospitality group officer at Asset World Corporation (AWC), shared that many in the private sector would happily support the government’s vaccination drive, and that the cost of vaccines is minute compared to the potential business impact and fallout that the industry will have to shoulder.

“At the end of the day, if we could buy (vaccines), we would – but we cannot (currently). If the vaccines do become available, we’d be happy to support the government and to help the country and the restart of tourism. I think the private sector could play a bigger role if (the government) would allow us to come in,” he stated.

He also said that the Federation of Thai Industries is currently lobbying very hard to see private vaccinations. “It’s about joining forces rather than competing with each other. We’re all here for the same thing, to help the country and the people, and obviously, to get the (tourism industry) back on track,” he added.

So far, AWC’s hotels have not seen a lot of cancellations. “There has been a little bit of impact so far, but not on a massive scale. We don’t know if (the cancellations) will come, because the governors of various provinces are still (in the midst of issuing) statements. If travel restrictions are confirmed, people will not go to those destinations,” he elaborated.

The UK Covid-19 strain is reportedly more virulent and more deadly. Local media reported today (April 9) that three inmates in a Bangkok prison have died from Covid-19. The CCSA also stated that it is considering asking people to work from home for the remainder of April.

The country is currently grappling with the shortage of hospital beds to accommodate Covid patients, with local media reporting that the military is planning to set up 10 more field hospitals, and that some private hospitals in Bangkok have stopped doing Covid-19 testing as they have run out of test kits and beds.