In authoring the new Asia Pacific and the Global Travel Recovery report for ILTM Asia Pacific, Winston Chesterfield, founder of strategic consulting firm Barton, confirms that this region remains critical for the continued expansion of the global luxury travel and tourism industry. He tells Karen Yue why. 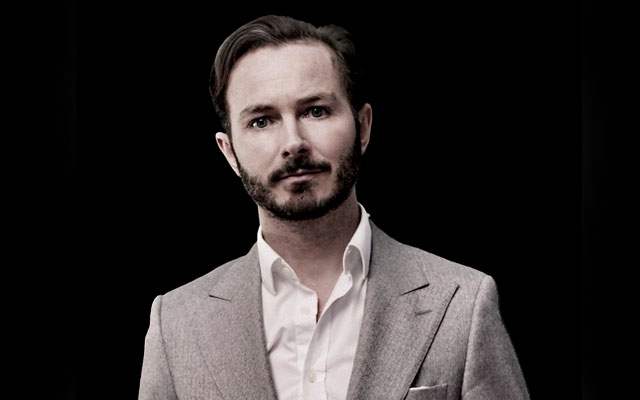 The Asia Pacific and the Global Travel Recovery report, produced by ILTM in partnership with Barton, has turned up some informative insights into luxury travel. What are some of the outstanding findings that present an optimistic future for this industry?
One of the major findings is that the High Net Worth (HNW) population contributes massive amounts of money to the global luxury travel universe. At the same time, Asia-Pacific’s HNW population growth can never be understated. It is not just China that is contributing HNW individuals, but other countries too. (Japan is an) exception to that growth. Japan has a stagnant economy in comparison to Asia-Pacific as a whole, as well as a shrinking and aging population. But beyond the unusual situation in Japan, the rest of Asia-Pacific is seeing a growing economy, a growing population and a fast-growing HNW group.

What this means is that Asia-Pacific’s share of HNW spending is increasing quickly and strongly versus the rest of the world. These Asia-Pacific HNW travellers will travel to anywhere in the world and contribute to the global luxury travel ecosystem.

For example, we don’t just have Michelin-starred restaurants in the ecosystem; we have other types, the more casual ones. Similarly, music concerts that do not have tickets at a luxury price point may present content that are culturally attractive to HNW travellers.

It is important to understand the ecosystem from the travellers’ perspective and not from the industry’s perspective. Luxury travellers don’t want to be consuming luxury experiences non-stop. They want to partake in activities that aren’t necessarily aligned with luxury as well.

In terms of regional travel within Asia-Pacific, US$37.4 billion is spent on inbound and outbound airfare and lodging. China’s share of that is US$16.9 billion – and that’s just one country on its own.

In terms of activities, many of those that we have identified in the report – particularly the cultural ones – are not available in the Asia-Pacific region. This makes the Asia-Pacific HNW contribution so much more important because it shows the travellers’ propensity to travel internationally (to experience those activities).

For example, Asia-Pacific contributes just over one-tenth of the global spend on cultural activities although many of these cultural organisations, such as the museums and galleries, are not in Asia-Pacific. That’s an impressive statistic.

Do you foresee the make up of this ecosystem changing post-pandemic?
Short-term post-pandemic, not much. We will need to wait and see what happens with the vaccination programmes and containment efforts. Border policies are still restrictive, and there will be long hangovers about who will be allowed into a country and who will be allowed to freely travel.

It is a shame, but arising from these restrictions would be the creation of travel corridors between well-vaccinated countries and countries with no variant exposures – within regions first before globally.

We could also see in the short-term a change in the types of activities to cater to travellers who have access to the destination.

Hopefully, by the end of 2022 and early-2023, we would see a greater return to normality in intercontinental travel for the mass market, not just for the HNW travel community.

Let’s talk about the distribution of HNW travellers in Asia-Pacific. The study notes that 29 per cent of the region’s HNW travellers hail from China – a market that is still shut to the rest of the world due to strict outbound travel restrictions by the Chinese government to prevent the import of Covid-19 cases upon their residents’ return. Isn’t this a major obstacle to the recovery of luxury travel and tourism for the rest of the region and beyond?
Yes, it is. You cannot underestimate the power of the Chinese. China has the fastest growing HNW population across the world and they have a great appetite for luxury. Until the pandemic hit, China had a rapidly growing appetite for luxury travel.

The Chinese population being restricted from travelling overseas has a big impact on the world. It isn’t just the travel industry that is impatient to get the Chinese back. Not too long ago, a Chinese person outside of China made one in three purchases of luxury goods. Now, it is more than that – almost approaching the level of one in two purchases. Brands need the Chinese to get back to travelling and spending.

However, that doesn’t mean the Chinese story is the only story; it is not. The world needs wealthy people from Japan, Singapore, Australia to be travelling again, etc.

For luxury tourism stakeholders hoping to make in-roads into the fast-emerging luxury travel source markets of Vietnam, India and the Philippines, what aspects of these travellers’ spending habits or personal passions should be noted for marketing success?
Well, we need to remember how global these HNW people are. In doing business internationally, many are picking up international habits, interests and preferences. They may maintain some level of local identity, such as certain things they prefer to eat, family approach or cultural attitudes, but they are in general behaving much more like an international group than a national group.

We cannot look at these fast-rising Asia-Pacific markets parochially. The behaviours of the general Vietnamese may not be reflective of the characteristics of HNW Vietnamese.

As long as Covid cases remain stable and don’t shoot up, we could expect China to establish travel corridors with certain parts of Europe. China is a powerhouse source market, so destinations will want to do what they can to bring the Chinese travellers back. But before that happens, domestic travel will continue to be most significant in Asia-Pacific – just as it has been elsewhere in the world during this pandemic.