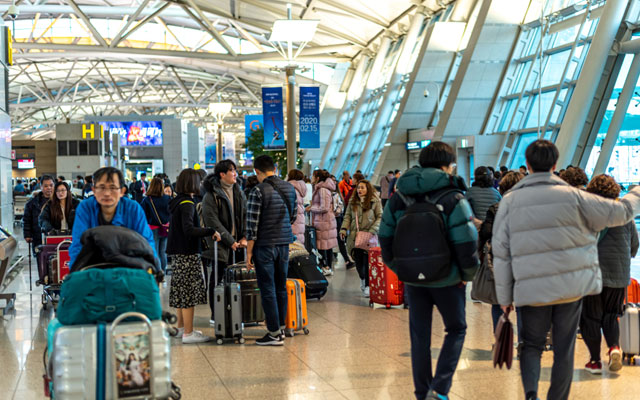 International departures from South Korea were growing steadily prior to Covid-19, making the East Asian country the third largest source market out of the Asia-Pacific region going forward, according to GlobalData.

Outbound tourism from South Korea is not forecast to surpass pre-pandemic levels until 2024, when departures are projected to reach 29.6 million.

However, South Korea is forecast to undergo one of the highest growth periods from 2020-2025 among Asia-Pacific countries, with a compound annual growth rate (CAGR) of 40 per cent and 30.2 million travelling outbound by 2025.

This would make South Korea the third largest source market out of the Asia-Pacific region going forward, said GlobalData.

The data and analytics company’s latest report, Tourism Source Market Insight: South Korea (2021), found that international departures from South Korea were growing at a CAGR of 8.7 per cent over the period of 2016-2019.

As such, engaging with this source market through social media and technology integration could prove highly beneficial in a post-pandemic environment, said GlobalData.

Johanna Bonhill-Smith, travel and tourism analyst at GlobalData, commented: “Heavy workloads and pressure from superiors have made South Koreans reluctant holiday makers in the past, inadvertently affecting both domestic and international travel. Government initiatives to urge more leisure time and decrease working hours in 2018, however, did have an impact and saw yearly increases in both domestic (year-over-year +44.7 per cent) and international travel (year-over-year +8.3 per cent).

“The Covid-19 pandemic in 2020 naturally saw levels of both domestic (year-over-year -70.6 per cent) and outbound (year-over-year -80.6 per cent) travel decline significantly. However, high spenders when travelling and with a large desire for alternative travel experiences, mean South Korea could be a viable market opportunity for various destinations in a post-pandemic environment.”

Over 80 per cent of outbound travel from South Korea is typically focused within the Asia-Pacific region, spurred by proximity and general ease of travel. The US is also a primary destination for this source market.

This is likely spurred by factors such as the opportunity for sun and beach, city breaks and gastronomical experiences, which were identified as the top three most typically taken holidays in 2019, according to GlobalData’s 3Q2019 consumer survey.

Technology also plays a part in travel preferences as 71 per cent of South Korean respondents identified as ‘always’, ‘often’ and ‘somewhat’ being influenced by ‘how digitally advanced/smart a product/service is’ in GlobalData’s 1Q2021 consumer survey.

The same survey also revealed that 51 per cent of South Korean respondents are spending more time online in general – highest among the 42 countries surveyed, suggesting technological dependence has increased during the Covid-19 pandemic.

Bonhill-Smith added: “Opportunities to attract South Korean tourists largely revolve around the integration of technology into the traveller experience. Social media, app engagement and translation services will only heighten the visitor experience.”