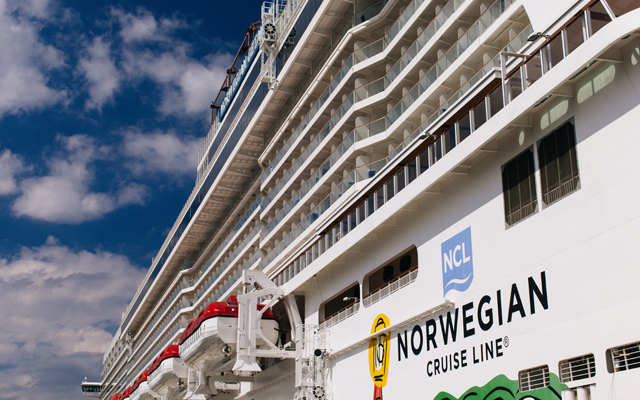 As Russia’s military attack on neighbour Ukraine unfolds over the weekend, tourism players around the world are reworking their operations to avoid Russia, either as a show of rejection of Russia’s aggression or to ensure safety of their staff and customers.

Norwegian Cruise Line Holdings has cancelled port calls in St. Petersburg for its cruise lines, Norwegian Cruise Line, Regent Seven Seas Cruises, and Oceania Cruises. The move will impact about 50 sailings that are scheduled to anchor in the Russian port city this summer, and alternatives are now being worked out.

American tour operator, Rick Steves’ Europe (RSE), also announced cancellation of all tours that include a stop in Russia this year. Explaining his decision in a blog post on the corporate site, founder Steves wrote: “Russia’s aggressive action is heartbreaking for the death, suffering, and economic turmoil it will cause in Ukraine and, indirectly at least, beyond.

“Our mission at RSE is to help Americans better know and understand our neighbours through travel. But when we bring travellers to another country, we also bring their dollars — dollars that would support Putin’s aggression. Therefore, as of today, we have canceled all 2022 tours that include a stop in Russia.”

In response to TTG Asia‘s query, The Travel Corporation’s Asia CEO Nicholas Lim said 2022 tours to Russia would be rescheduled or alternative travel destinations would be offered to affected customers.

“We are closely monitoring the Russia-Ukraine conflict. As always, the welfare and well-being of our guests and team members are our top priority,” said Lim, adding that none of the company’s many travel brands have ongoing tours in the affected areas or in close proximity.

Some tourism players are also extending humanitarian support to colleagues caught in the conflict.

Since February 26, Royal Caribbean International has reached out to an estimated 500 Ukrainian crew members on its fleet with assistance. President and CEO Michael Bayley detailed on his personal Facebook page that the cruise company is helping staff to return home or get close to home should they wish to leave their contracts early, as well as providing counselling. The same help is extended to “over 200 Russian crew who also are concerned and anxious over these events”.

Meanwhile, Fab Capodicasa, founder and CEO of Sydney-based Hoosh, a marketing and event technology specialist, has initiated a movement within the business events community to come together to raise awareness and funds for Ukraine. The effort is being made through the I stand with Ukraine virtual/hybrid event.

Beyond the travel and tourism sphere, business leaders have stepped up to support Ukraine’s defence. Japanese billionaire and Rakuten founder Hiroshi Mikitani will donate one billion yen (US$8.7 million) to the government of Ukraine for humanitarian activities. As well, SpaceX founder Elon Musk has activated Starlink satellites to ensure Ukraine retains internet infrastructure amid Russia’s invasion and cyberattacks.