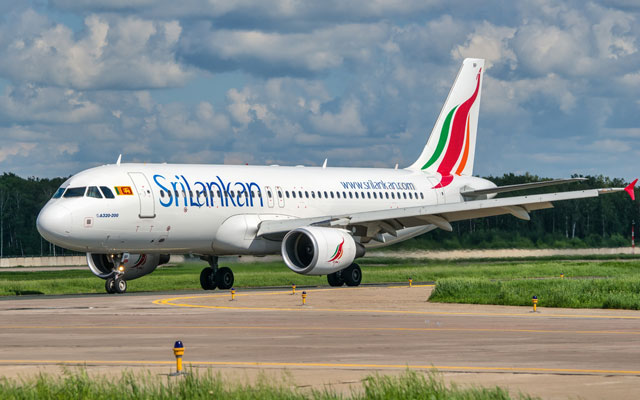 Sri Lankan authorities have ordered the arrest of the former CEO of national carrier, SriLankan Airlines (SLA), and his wife after they were implicated in a US$2 million bribery scandal involving the purchase of Airbus planes.

Attorney General (AG) Dappula de Livera on Monday directed police to obtain an arrest warrant from court for former SriLankan Airlines CEO Kapila Chandrasena and his wife Priyanka Niyomali Wijenayake for allegedly accepting bribes from French aircraft manufacturer Airbus over the sale of aircraft to the state-run carrier. It is not known whether the couple is in Sri Lanka or abroad.

The alleged bribery took place during the November/December 2013 period. The money was funnelled to a straw company registered in Brunei, which was owned by Wijenayake who had acted as an intermediary in these transactions. Her husband was CEO of SriLankan Airlines from August 2011 to January 2015.

Airbus employees had reportedly offered up to US$16.84 million to Wijenayake to influence SLA to purchase 10 Airbus aircraft and lease an additional four.

The scam was revealed in a UK High Court last week when Airbus was fined 3 billion pounds (US$3.9 billion) for resorting to bribery to secure several contracts in 20 countries. In SLA’s case, it involved the promise by the former CEO to purchase six A330-300s, four A350-900s and lease four other planes.

Airbus had also agreed to pay US$5 million to Wijenayake if SLA didn’t purchase any competitor aircraft at the time, according to a report released by UK’s Serious Fraud Office.

Airbus employees had misled the UK Export Finance to Wijenayake’s name and gender in order to conceal her identity, after US$2 million of the US$16.84 million was paid to her company, added the report.

The report followed a four-year investigation into Airbus, over allegations of external consultants used by the company and paid bribes in Sri Lanka, Malaysia, Indonesia, Taiwan, and Ghana between 2011 and 2015.

When the news broke on Sunday, Sri Lankan president Gotabaya Rajapaksa ordered a thorough investigation and firm action against the responsible parties.

The national carrier said on Sunday it would cooperate fully in any government investigation on the issue.