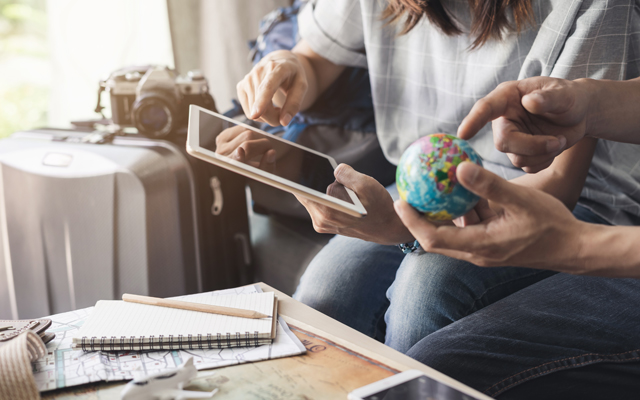 Single apps for all travel needs, passport free travel, and mobile app check-in are the top three new travel norms expected by travellers in the 2020s, according to new research by Agoda.

With the continued advancement of technology, revolutionary travel apps, and better connectivity, people expect a lot more from their travel experience in the next decade, said the OTA in a statement.

Specifically, South-east Asians expect these technological advances to simplify travel, according to the survey which polled over 16,000 adults between December 12, 2019 and December 18, 2019. Half of all respondents in Indonesia (56 per cent), Singapore (54 per cent), Malaysia (53 per cent), Taiwan (50 per cent), the Philippines (48 per cent) and Thailand (48 per cent) consider this to be the norm in the next decade, compared to only a third of people in the UK and the US (33 per cent).

One in two South-east Asians also view mobile app check in, which allows guests to skip the registration queue, download their room access key and go straight to their rooms, as the norm in the 2020s, with Singaporeans (54%), Filipinos (53%), Malaysians (58%) and Thais (49%) most expectant of this trend.

Meanwhile, Singapore (50 per cent), Vietnam (47 per cent), the Philippines (45 per cent), China (44 per cent) and Australia (41 per cent) are the top five origins most likely to see a future with passport-free travel. In the UK and the US, they are less expectant of this advancement, with only one in five respondents expecting it to be the norm within the next decade.

Timothy Hughes, vice president of corporate development at Agoda, said that “the 2020s will be defined by the power of data and machine learning. This will enable companies like Agoda to provide personalised, more relevant recommendations to make booking travel even easier”.

He added: “Asian travellers, in particular, are enthused by, and expectant of, technology developments that enhance and simplify their travel experience. Asian-based companies are now leading the world in technology adoption and development to achieve this. I expect to see Asia press ahead with that lead in the 2020s – especially in areas such as video and augmented reality, improved mobile services with more chat and voice solutions, and payments to help bring the ‘unbanked’ online”.

Universally, people want to increase the amount of travel they undertake in the 2020s, with 40 per cent of respondents globally wanting to explore more of their own country, while 35 per cent is keen on international travel.

There is also a growing trend in responsible tourism, with more than a quarter of respondents desiring eco-friendlier travel choices in the next decade.

Travellers from Singapore, Thailand, and Indonesia are most keen to make eco-friendlier choices, perhaps in light of the recent closure of Maya Bay in Thailand, and the Boracay rehabilitation programme in the Philippines.

Travellers in the 35-44 and 55+ age groups are most likely to want to explore their own countries and territories more (40 per cent and 42 per cent respectively), with those from China, Indonesia, Japan, Malaysia, the Philippines, Taiwan, Thailand, the US and Vietnam choosing domestic destinations as their top three wishlist destinations for the coming decade.

Meanwhile, South Korean and Japanese travellers see themselves taking more solo trips in the next decade, while Taiwanese and Indonesians would prefer taking a sabbatical or gap year.

Asian destinations dominate the global travel wishlists for the next decade, as travellers from both Asia and the West showcase a growing curiosity for Asian countries, with Kyoto emerging as the world’s most desired destination to visit in the 2020s, followed by Bangkok and Bali.

Travellers in the Philippines, Thailand, Taiwan, Vietnam and Malaysia want to cross off their own capital cities from their travel lists. Meanwhile, only travellers from South Korea, the UK, and Australia didn’t choose a domestic destination on their travel wishlists for the next decade.

American and British travellers alike are most excited about visiting New York in the coming decade, with New York also a top three choice for travellers from Australia, Japan and South Korea. Both Malaysian and Indonesian travellers would like to visit Makkah by 2030.