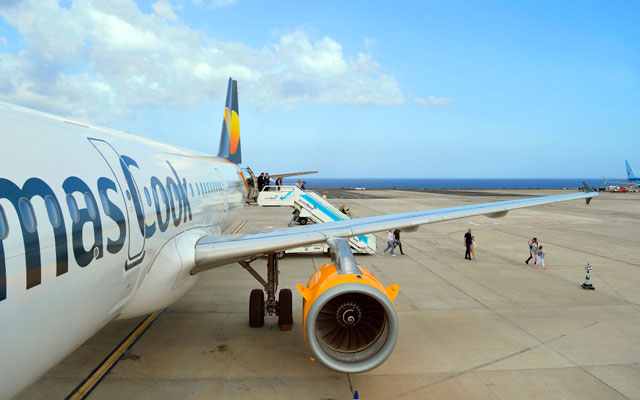 In a statement, Thomas Cook said that the company’s board was left with “no choice but to take steps to enter into compulsory liquidation with immediate effect” after talks of a rescue deal fell through.

Thomas Cook’s chief executive, Peter Fankhauser, said in a statement:
“We have worked exhaustively in the past few days to resolve the outstanding issues on an agreement to secure Thomas Cook’s future for its employees, customers and suppliers. Although a deal had been largely agreed, an additional facility requested in the last few days of negotiations presented a challenge that ultimately proved insurmountable.

“It is a matter of profound regret to me and the rest of the board that we were not successful. I would like to apologise to our millions of customers, and thousands of employees, suppliers and partners who have supported us for many years.”

He added that Thomas Cook’s collapse “marks a deeply sad day for the company”.

Besides grounding its planes, Thomas Cook has been forced to shut its travel agencies, according to an AFP report, leaving the group’s 22,000 employees worldwide jobless, including 9,000 in the UK.

The move has also triggered the biggest peacetime repatriation in UK history, as the UK Civil Aviation Authority seeks to bring home travellers stranded abroad over the next two weeks.

The 178-year-old company had been struggling against stiff online competition for some time, divulging in May that Brexit uncertainty had caused its losses to deepen in first half, and that it was seeking £200 million (US$248 million) from private investors to avert collapse.

China’s Fosun Group, which had led a final bid to save the troubled British travel firm Thomas Cook from bankruptcy, said that it was “disappointed” that the effort had failed.

“Fosun is disappointed that Thomas Cook Group has not been able to find a viable solution for its proposed recapitalisation with other affiliates, core lending banks, senior noteholders and additional involved parties,” Fosun said in a statement to AFP.

“Fosun confirms that its position remained unchanged throughout the process, but unfortunately, other factors have changed.”

“We extend our deepest sympathy to all those affected by this outcome.”

After the rescue deal fell through, Thomas Cook declared bankruptcy on Monday, leaving hundreds of thousands of travellers stranded in the UK’s biggest ever peacetime repatriation, reported the AFP.