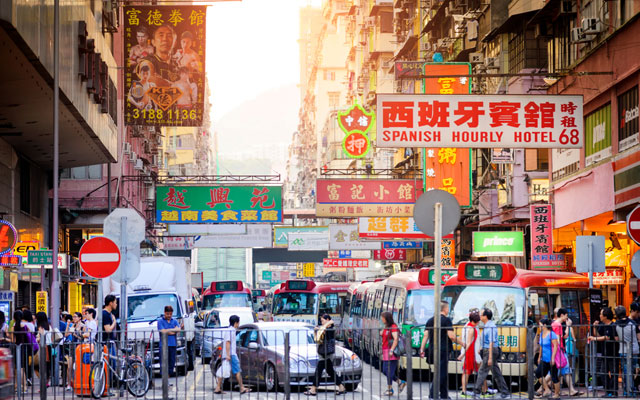 As the protests in Hong Kong stretched into the fourth month without any signs of abating, industry stakeholders are coming to terms with the impacts the turmoil have brought to their business, and are now laying out plans to cushion further fallouts as the crisis drags on.

A HKTB spokesman said: “Preliminary figures show a drop of about 30 per cent in the number of visitor arrivals in the first half of August. The travel trade has reported that the number of forward bookings in September and October has also dropped significantly.”

He added the company is not entirely reliant on Hong Kong and may redirect some bookings to other destinations, including Thailand, Japan, Russia and the UK where it has overseas offices.

“Hong Kong is still a safe city for travellers”, stressed Tang, adding that the company sends regular updates to their clients to allay any visitors’ worries.

iVenture Card International, which provides pre-paid destination attraction passes, observed some cancellations and refund requests for Hong Kong’s attractions, but the number was not overwhelming, according to Asia sales manager Nicky Kwok. “Attractions are not affected, and tourists are not targeted,” he said.

“At this stage, safety is not the main concern and queries are mostly about traffic arrangements in Hong Kong. Some visitors encountered trouble when accessing attractions, so we offer advice on public transport and alternative options,” Kwok pointed out.

Like Tang, Kwok foresees a slowdown in inbound business in the near future, but believes Hong Kong remains a “great destination”. But business being business, iVenture Card will manage risks by focusing promotion on its 17 other destinations for now.

It’s not entirely a dismal picture for Hong Kong’s inbound sector, as industry players still see some glimmer of hope.

ATI Travel’s owner Richard Woss shared that longhaul travellers booked with his company are unlikely to cancel their trips, which typically last between a week to 10 nights, and are usually combined with China.

He explained: “As Hong Kong only accounts for one to two nights, clients are very reluctant to (cancel). But it’s a different story for those who treat (Hong Kong) as a mono destination.

“Frankly, Europeans regard protests as a sign of freedom of speech and democracy. If you go to Paris, protesters would be more violent. Our clients take a more mature approach to look at (the current situation), and they have confidence in Hong Kong,” he added.

Sanjay Mehta, chief executive of India-based Trans Globe Travels, also thinks the perception of street violence in Hong Kong is exaggerated by rolling media coverage. “As far as I know, the protests only affect several blackspots in downtown areas on weekends and Sundays, so it’s still safe to visit the city,” he remarked.

“Despite widespread negative media reports on violent actions by protesters, we still send Indians to Hong Kong because of attractive deals promoted by hotels and agents during this period. It’s such a good bargain, and I understand Indians also leverage special cruise offers for ships departing from Kai Tak Cruise Terminal.

“It’s sad to see the plunge in visitors, but I am confident that Hong Kong will rebound swiftly,” Mehta said.

“Safety and security of travellers in Hong Kong is of the utmost importance,” the HKTB spokesman stated, adding the the board is closely monitoring the latest developments, and keep visitors informed via the website, visitor centres and service hotline to help them plan their trips.