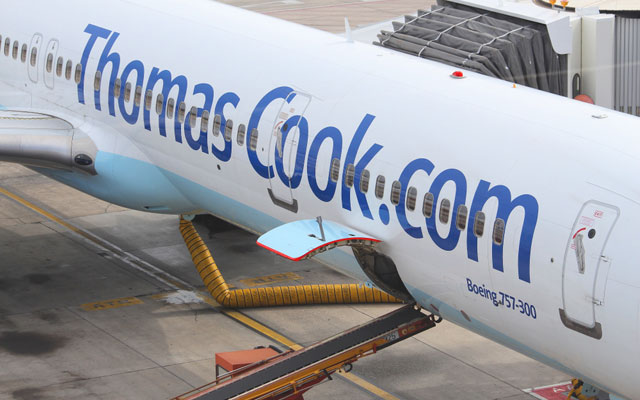 The global travel industry is coming to terms with the demise of 178-year-old British tour operator Thomas Cook following its bankruptcy announcement earlier this week. As the collapse of Britain’s oldest travel company reverberates around the world, industry members worldwide are also saddened by the fall of a travel giant which many have worked or came into contact with through their years in the travel industry.

When contacted by TTG Asia for an update on the partnership, Asian Trails CEO Laurent Kuenzle said: “The joint venture company – Thomas Cook In Destination Management (Thailand) – takes care of local services such as transfers and optional tours (not hotels which are booked by Thomas Cook directly) for Thomas Cook in Thailand, and no other destinations in Asia. Asian Trails is a non-exclusive supplier to the joint venture company.

“What will happen to the Thomas Cook Continental business is not decided,” said Kuzenle, citing media reports that “it is business as usual” for Thomas Cook Nordics and Thomas Cook China.

Thomas Cook India, in an earlier statement, has also reiterated that it is an entirely separate entity from Thomas Cook in the UK and that its financial position remains secure.

Fosun International, which is the single largest shareholder of Thomas Cook with an 18 per cent stake, had earlier expressed its disappointment over the failure of its last-ditch bid to rescue the British travel firm from bankruptcy.

Most tour operators that TTG Asia spoke to do not work directly with or get business from Thomas Cook in the UK, with several reporting that companies elsewhere partly or fully owned by the former British travel giant continue trading.

In Indonesia, Padma Hotels’ partnership with Thomas Cook Germany is so far running well, according to corporate director of marketing & communications, Yohanes Hatauruk.

The Bali-based hotel group did not earlier pursue any partnership with Thomas Cook UK as the UK market was not deemed a big market for his hotel in Legian, said Yohanes. Furthermore, Thomas Cook UK itself was not seen as a travel agent with a big production value.

Fairmont and Raffles Philippines’ director of sales and marketing, Eugene Tamesis, said it is “truly unfortunate” that a once-influential company like Thomas Cook has to fold up. But he doesn’t foresee any direct impacts on hotels and tour operators in the Philippines “as we were never really big with UK leisure travellers and charters as compared to our ASEAN neighbours like Thailand, Vietnam and Indonesia”.

A wake-up call for industry

The bankruptcy of a storied British tour operator ignited a wave of sadness among the travel industry members, many of whom have worked with or came into contact with the established company through their years in the travel industry. It has also opened up questions on ripple effects, which would more likely be seen in the coming days.

While Steve Lidgey, general manager at Travel Asia a la Carte (Cambodia), doesn’t see impacts as Thomas Cook only sent small numbers to Cambodia, he is saddened for the Thomas Cook staff on a personal level. “In my previous life as an agent in the UK, I dealt with them and have lots of friends with good connections. Everyone is affected in some way,” he said.

“Clearly, the collapse was down to multiple reasons though the (biggest) blame should lie with the management for being unable to adapt to the changing travel industry,” he opined. “Thomas Cook was far too big to cope in a time where many people book their holidays online and not down the High Street. Brexit, the strong dollar and the European summer would have all been manageable had the company been in better shape.”

Alcuin Li, who was Hong Kong & China general manager of Thomas Cook until the group sold its financial services business to Travelex in 2002, said: “I reckon the bankruptcy is related to low profit margin and lack of clear brand positioning to retain clients. It branched out without clear positioning, just like a department store, and found it hard to compete with the others when it came to pricing. On the contrary, it should had stick to its upscale positioning and niche market despite keen competition, while continuously upgrading products and services to stay ahead of the competition.”

Edwin Briels, general manager at Khiri Travel Myanmar, which had “worked very well together with the incentives department of Thomas Cook Belgium”, believes that the lack of creativity and innovation is probably a key reason behind Thomas Cook’s collapse.

Thomas Cook’s fall is a reminder to tour operators to avoid the pitfalls of being complacent and not proactively looking to offer added value to the experience for clients, Briels maintained.

“I foresee more ‘mainstream’ tour operators worldwide to collapse if they don’t focus more on real experiences and rather focus on price of products like accommodation and flights only; that’s why Khiri Travel creates unique travel experiences for their clients,” he added.

Fairmont and Raffles Philippines’ Tamesis agreed: “(Thomas Cook’s collapse) is indeed a big blow to the travel industry and traditional travel as we know it, given the obvious shift in how travel products are being consumed nowadays, especially by the younger market. This will definitely serve as a wake-up call to other tour operators who have not adjusted their approach to the fast-changing market shifts!”

Inevitably, Thomas Cook’s dismal also opens up more questions, including whether travellers can still trust larger companies with a long history, or if there is risk in booking with any agent even if they are protected by ATOL (which stands for Air Travel Organiser’s Licence), Lidgey said.

David Kevan of Chic Locations UK thinks that the fall of an established name like Thomas Cook will have knock-on impacts on client confidence in the travel industry as a whole, including a reevaluation of the pre-payment process.

“I am sure credit controllers at many hotels will be looking at their industry receivables generally and thinking what can be done for the future. Two solutions are likely: either pre-payment prior to client arrival or if that is not acceptable, to ask for bank guarantee up to a realistic level based on the performance of the operator. Provided the tour operator accounts are in good shape, the cost of the guarantee is minimal although it does ring-fence the amount so it cannot be touched.

Kevan thinks that such pre-payment requests are not unusual. “Many operators already have this in place with carriers such as Emirates, Cathay Pacific and Singapore Airlines so it could be easily applied to individual hotels or to a collective hotel association if this is workable. Logically, the same principle would apply if overseas operators were using DMCs to make hotel bookings,” he added.

The fallouts from the collapse of a travel giant like Thomas Cook will certainly by played out in the months to come, but there could be winners too from this, said Travel Asia a la Carte’s Lidgey.

“The UK travel industry will see ruptures for several months with some prospering out of the collapse of Thomas Cook. Tui’s share value has gone up as a result,” she said.

In the wake of Thomas Cook’s solvency, the UK government has already launched its biggest-ever peacetime repatriation by sending planes to bring stranded travellers back to the country over the next two weeks.

In the Maldives, a popular travel destination for the UK travellers, the Maldives Ministry of Tourism and the Maldives Marketing & Public Relations Corporation have issued a statement that they are working closely together to “provide the best possible support for these tourists on their return journey”.

Ali Waheed, the Maldives’ minister of tourism also said in a statement that “the government will do everything in its power to ensure the well-being of the passengers affected”.

The Maldives authorities have contacted all resort partners to confirm the number of Thomas Cook travellers currently staying in the Maldives and to determine their return destination, and efforts will be made to provide food, assistance and accommodation if required. Affected travellers are asked to approach the designated service staff on site.

Meanwhile, the travel industry is rallying around staff affected by Thomas Cook’s collapse. Virgin Atlantic, which is owned by Richard Branson, is encouraging affected industry members to apply for roles at the airline.

“At this difficult time for our industry colleagues at Thomas Cook, we have opened a recruitment window for existing flyers to apply for cabin crew with Virgin Atlantic,” the airline announced in a LinkedIn message.

“We know this is a challenging situation for all impacted, so this vacancy will be exclusive to current Thomas Cook Cabin Crew, and will be available until Monday, September 30.”