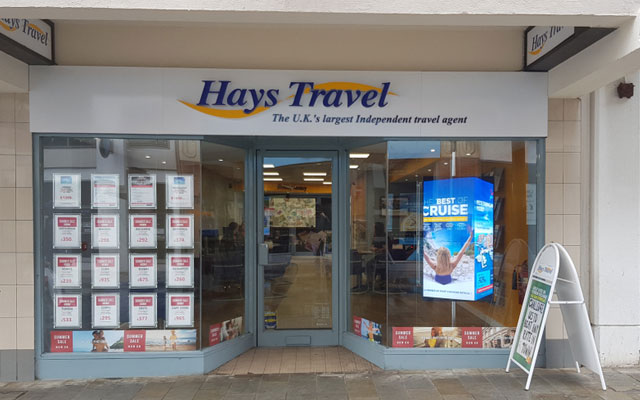 The sale of 555 Thomas Cook UK shops to Hays Travel is a potential game-changer that could save up to 2,500 jobs.

All the Thomas Cook stores will be rebranded as Hays Travel following the acquisition for an “undisclosed sum”, according to a BBC report.

Thomas Cook’s collapse last month put 22,000 jobs worldwide at risk, including 9,000 in the UK. It also sparked the biggest ever peacetime repatriation by the CAA to bring more than 150,000 holidaymakers back to the UK.

John Hays, who owns and founded the Sunderland-based travel firm, said it is difficult to give guarantees about every Thomas Cook shop as it is subject to discussions with individual landlords, but the company plans to offer reemployment to all former Thomas Cook staff.

The acquisition will see Hays trebling their number of shops and doubling their workforce, said the BBC report. More than 100 new jobs will be based at Hays Travel’s Sunderland headquarters, with the rest in shops across the UK.

The takeover deal was struck with the travel industry regulator, the Civil Aviation Authority (CAA), after several days of negotiations, it added, further quoting a CCA spokesperson as saying that he expected many of the shops to reopen on Thursday.

Following the news of the takeover, GlobalData said in a statement that Hays Travel’s acquisition of Thomas Cook stores is a “gamble that could pay off”.

Nick Wyatt, head of R&A, travel & tourism at GlobalData, said: “Not many of us saw this deal coming but it is welcomed news for the high street. It is a bold move on Hays’ part, but Thomas Cook is a cherished brand with an established customer base and if Hays has negotiated well, the move may just pay off.

“Much will depend on the terms of the deal. As this is breaking news, we don’t yet know the cost of the deal, what terms can be agreed with landlords for example, but this was most certainly a buyer’s market situation so Hays should have been able to negotiate favourable terms.

He added that there is still demand for Thomas Cook’s services as the company raked in £9.6 billion in revenue for the financial year of 2018.

“Hays should be able to operate without the millstone of debt round its neck and the publicity around the Thomas Cook collapse may even spur people to seek out Atol protected package holidays for peace of mind, which will play into Hays’ hands.

“The deal is not, however, without peril. It will have to conduct a review of store locations and operations and there may be a need for a rationalisation at some point, particularly in areas in which Hays already has a strong presence. Hays will also need to make sure it invests in digital trends as competitive online threats to a large store network are legion.”