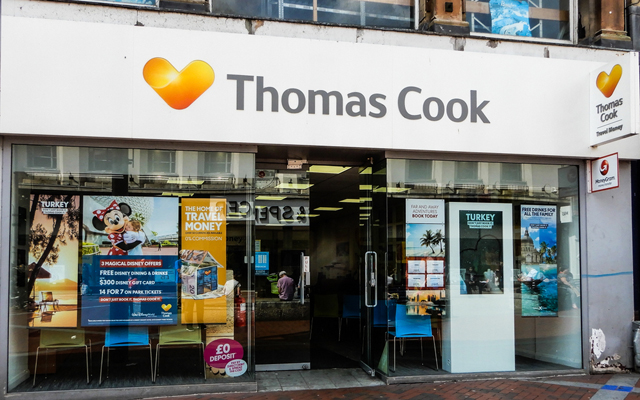 Embattled travel firm Thomas Cook has agreed to a rescue deal with major investor Fosun Tourism Group, its banks and a majority of its senior noteholders, following its earlier statement in July that the proposed £750 million (US$939 million) bailout by Fosun was its best option.

The new deal would see Fosun taking majority stake of the business.

Fosun will put in £450 million (US$549 million) to acquire at least 75 per cent of the equity of the tour operator and 25 per cent of the group’s airline, said the travel firm in a statement.

Thomas Cook’s core lending banks and noteholders will also pitch in a further £450 million for 75 per cent of the equity of the group’s airline and up to 25 per cent of new equity in the group tour operator.

In its July 12 announcement, Thomas Cook said that shareholders may be given the opportunity to participate in the recapitalisation by way of investment alongside Fosun and converting senior creditors on terms to be agreed.

The company added in its statement that the board continues to proceed on the basis that a recapitalisation, achieved with the support of shareholders, is the preferred means of securing the future of the group for all its stakeholders, while at the same time enabling the existing shareholders to continue to retain an investment in the company.

However, the recapitalisation is expected to result in existing shareholders’ interests in the recapitalised and reorganised group airline being significantly diluted, subject to feedback from creditors, the new money providers and other stakeholders, said the company.

This summer, Thomas Cook reported a £1.5 billion half-year loss, according to a BBC report.

The firm, added the report, has annual sales of £9 billion, 19 million customers annually and 22,000 staff operating across 16 countries.

The travel firm, which has issued three profit warnings within a year and is struggling to cut its debts, has been trying for a long time to sell its airline business, said the report.

The implementation of the deal is targeted for early October 2019.