The Tourism Authority of Thailand argues why shutting down elephant tourism camps in South-east Asia isn’t a sensible solution, and urges proper solutions and management practices to be put into place to handle the problems surrounding elephant tourism, citing recommendations from the Asian Captive Elephant Working Group (ACEWG). 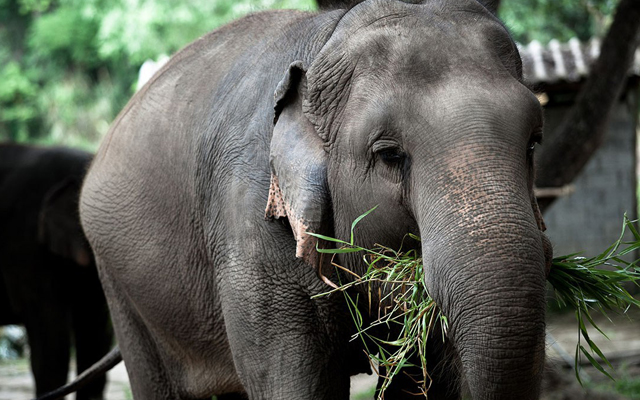 Elephant tourism in Thailand continues to undergo some disapproval and there’s been a call for all captive elephants to be released into the wild. While such suggestions may be made with the best intentions, and maybe commendable, how valid are they?

“In an ideal world, all elephants would be free in nature. However, due to human population increases and habitat destruction, the reality is there is not enough appropriate habitat to support current wild populations of Asian elephants, let alone reintroduce the existing population – upwards of 15,000 in Asia – of captive elephants.

“Furthermore, it is a complex process to reintroduce captive elephants back into the wild. In addition to the lack of habitat, released captive born elephants can increase the human-elephant conflict, as they are used to interacting with and are not afraid of humans. Additionally, captive elephants may carry diseases that, if contact is allowed, can potentially spread to wild populations.

“Captive elements can serve as a means of maintaining important populations as ‘insurance’ against environmental or human-caused changes. Up-close and personal contact with captive elephants, especially when accompanied by educational materials, can also help inspire the public to care for elephants and their habitats.”

That’s the answer provided to the questions “Should all elephants be free?” and “Can captive elephants be reintroduced into the wild?” on the ACEWG website (www.acewg.org) in a section dedicated to FAQs on elephants in tourism.

The group was formed in 2015 by a group of elephant specialists, veterinarians, researchers, camp managers and conservationists to address the situation for elephants in the tourism industry in South-east Asia. It recognises the urgent need to create more awareness about and address both the problems and the possible solutions.

But this needs to be done with more research “to scientifically guide the development of protocols to appropriately address welfare concerns and to further improve management systems.”

Boycotting elephant tourism is not the answer, ACEWG insists and it’s not alone in this stance. This approach, it says, can often have a reverse effect and do more damage than good. It can undermine elephant camps that are behaving responsibly and providing good welfare to their mahouts and elephants.

ACEWG is behind an ambitious new audit programme that, to gain certification, requires elephant camp operators to submit to detailed, regular inspections on everything from the elephants’ diet and medical care to training and salaries for mahouts.

The group’s FAQs on elephants in tourism touches on various issues. The use of what’s called a bull hook or hook, for example. Consisting of a stick with a curved hook at the end, this is used to guide an elephant and also allows the mahout to get an elephant’s attention in an emergency or potentially dangerous situation in which the animal may panic. When elephants and humans are in a close and unrestricted contact scenario, the bull hook serves the purpose of ensuring safety for both. It is simply too dangerous to not have a bull hook present and at hand in case of an emergency.

The bull hook can, however, be misused or used purely to punish. Mahouts must be trained properly, so they are capable and confident in their ability to safely handle an elephant.

Another point that’s consistently raised is the chaining of elephants. This is an important part of managing elephants in a traditional hands-on system in South-east Asia where cement or steel structures are very expensive and financially not viable. Chains are the simplest and safest tool to keep these large animals to a specific area. They are a safe and quick way of control if needed and are also used to safely restrain an elephant during husbandry and veterinary procedures.

Again, as with the bull hook, chains must be used properly and appropriately to avoid injury. A sufficient length to a chain allows an elephant to interact with other elephants but also to find space alone should it want to. Using a long chain to tether an elephant at night rather than fencing it in means the animal can be moved more easily between fresh browse areas. Still, elephants shouldn’t be kept on chains for prolonged periods; they also need to have free movement.

Elephants are sometimes seen swaying back and forth, giving off the appearance of “dancing”. This is not necessarily a sign of distress. It is a behaviour known as stereotypy, which develops in response to conditions that restrict normal behaviour and which could include a barren environment, scheduled or restricted feedings or frustration.

On the other hand, there is also certain behaviour that can be related to happiness. Exploratory or playful behaviour is a good sign that an elephant has good welfare. Look for elephants that touch and comfort each other, engage in play during bath time, care for their calves, and vocalise a variety of greetings.

Elephant performances, if done properly using positive training techniques, are not bad for elephants. Ethical, well-managed and properly scripted animal presentations can have benefits for the animal’s health as they provide a form of exercise and mental stimulation. There are certain activities or “tricks” that elephants should not be allowed to do, such as walking on hind legs or sitting upright as this isn’t only unnatural behaviour but can negatively affect the animal’s wellbeing and physical health.

The amount of walking a wild elephant does each day depends on the quality of their habitat. Elephants in captivity are usually provided adequate food and water, and may not walk much if they don’t have to. Thus, it is important they are provided ways to exercise daily, like participating in trekking or other activities, for their physical well-being as well as to alleviate boredom and reduce aggression.

As to how much weight an elephant can carry on its back, if the working hours are limited and terrain is suitable, two people in a saddle – which is less than 10 per cent of the elephant’s body weight – will not be an undue stressor for the animal. A saddle should be properly cushioned and not apply pressure to the spine.

Common health problems of elephants are often linked to poor husbandry with injuries from poorly fitting saddles, pressure sores, arthritis and feet problems like nail cracks and wounds from the overuse or incorrect use of the bull hook being clear indicators of poor management.