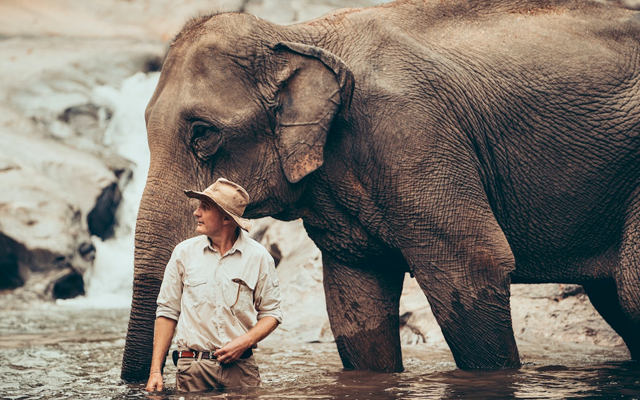 World Animal Protection (WAP) is optimistic that an unprecedented tourist void in the past two years is the catalyst for venues to rethink what the London-based animal rights activist slams — and bans — as “cruel” business practices such as riding. Its ideal is “observation-only” and ultimately, an end of captive elephants used for commercial tourism.

For Chiangmai-based Asian Captive Elephant Standards (ACES), a company that audits elephant venues, it is a chance to advance regulation and education that will enable venues to still offer riding and other “touching” activities without harming the mammals. ACES joins a huge voice in Thailand maintaining that outright bans of venues will not only hurt elephants, but owners, mahouts and a long supply chain of small local businesses and communities.

Both camps of thought mean well. But has the moment for a reset passed, or is there still time for change? Thailand has scrapped its terminally complicated Test & Go scheme, and simplified the much-maligned Thailand Pass. Tourists are already flocking in, with the Tourism Authority of Thailand forecasting seven to 10 million tourists this year and 20 million next year.

According to a WAP report, Taken for a Ride, published in 2017, Thailand has the largest number of elephants used in tourism. At around 2,200, that’s roughly twice as many as elephants in tourism in India, Sri Lanka, Nepal, Laos and Cambodia combined.

Starving but surviving
Despite media reports of captive elephants starving to death as venues shuttered and the tourist dollars to feed them dried up, elephants overall have survived the ordeal, observed John Roberts, Minor’s director of sustainability and conservation, based at the Anantara Golden Triangle Elephant Camp & Resort, 75-minute drive from Chiang Rai airport.

He said: “There isn’t an official count but it hasn’t been as disastrous as we predicted at the beginning (of Covid-19). There have been deaths due to old age or related to gastrointestinal issues, but there has also been breeding going on, although I wish not. An elephant is pregnant for 18-23 months, so one that was conceived just before the pandemic would have been born three months ago.”

Keeping the elephants fed during the pandemic has been “very difficult”, he added.

An adult Asian elephant needs about 150kg of food a day and spends two-thirds of each day feeding on grass, according to WWF. It costs about US$18,000 a year to feed one jumbo, estimates the Golden Triangle Asian Elephant Foundation, whose largest single donor is Minor International.

Fundraising by the likes of Thai Elephant Alliance Association, Human Elephant Learning Programs (H-ELP) Foundation and WAP, and live streams by venues for donations, are a key lifeline.

More pressure
With elephants alive and the return of elephant tourism, tour operators can expect a bigger shift towards observation-only models, and eco-friendlier, community-based models with activities such as visits to elephant conservation centres and trekking among nature.

Consumers are also more environment conscious, while animal rights groups are stepping up the lobby.

WAP puts the pressure directly on tour operators and OTAs. Its global head of campaign-wildlife, Nick Stewart, told TTG Asia that as tourists begin to return, it will launch new campaigns.

This includes the second edition of its Tracking the Travel Industry report, revealing which travel companies have improved their offerings in the last two years and which ones are “laggards”. In its first report in 2020, the laggards included companies such as Get Your Guide, Klook, Musement, Expedia and Flight Centre.

In the UK, the group is part of a lobby for an Animals Abroad Bill to pass through Parliament. This will ban domestic advertising of venues abroad where elephants are exploited.

Campaigning has not stopped since Covid-19, said Stewart.

“We have highlighted the issues around wild animals being made dependent on humans, and how this can be devastating when external factors such as the pandemic impact humans’ ability to care for them,” he said.

To prevent the dependency from worsening, in 2020, the lobby group sent an open letter to the Thai government calling for a temporary ban on elephant breeding. More than 190 other organisations signed the letter.

Its team in Thailand has also been gaining signatures for the government to introduce a new elephant bill that focuses on a breeding ban “to make this the last generation of elephants suffering in captivity for tourist entertainment while the existing ones should be able to live out the remainder of their lives in elephant-friendly conditions”, said Stewart.

Another perspective
Realistically, that is unlikely to happen. Human-elephant contact in Asia has existed for 4,000 years and elephant tourism will not disappear, argues the other camp. So, the better way is to set up common standards, backed by science on elephant welfare, and help camps rise to these standards, it says.

Work on this is on-going in Thailand, but there is a new regional movement. ACES and PATA are collaborating to work with NTOs, DMCs, tour operators and elephant venues towards responsible, ethical and sustainable elephant tourism, said Suter. The project is funded by Germany-Thailand cooperation, GIZ.

She explained: “We are looking at a cohesive move forward for elephant tourism, focusing on community and mahout engagement, job creation, responsible travel and cultural appreciation, (safeguarding) the captive elephant population as threats face the wild populations.”

Suter reminds that there are humans involved, not just elephants.

Mahouts, for one, are “the most voiceless members of the elephant community”, added Suter.

She said: “Animal rights organisations vilify mahouts – they typically don’t help them. Donors want to help elephants, not people, even if those people care for the elephants on a daily basis.”

She decries the unbalanced emphasis on animal rights.

“Organisations that take a more balanced approach are more likely to assist the voiceless members of the elephant community,” said Suter, citing H-ELP as an example. The Australian foundation uses “humane, evidence-based training initiatives, education, engagement with local communities and relevant stakeholders” to improve elephant welfare in Asia, it says on its website.

Looks like the moment for a reset of Asia’s elephant tourism has not passed.

It is just beginning.