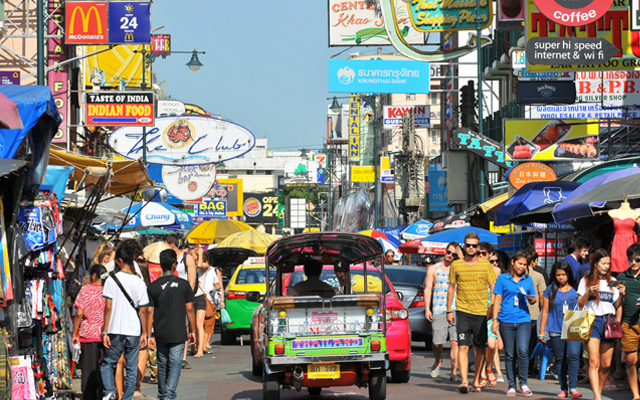 The Bangkok Metropolitan Administration (BMA) will spend 48.8 million baht (US$1.6 million) to revamp a 400m stretch of Khao San Road, with the aim of turning the “popular backpacking hub into an international walking street”, according to a recent Bangkok Post report.

Construction works is slated to start in October and end next February. During construction, businesses along the road will operate as usual.

According to the same report, residents had complained of vendors who misused the footpaths and road space to hawk their wares, and said that the facelift would resolve these problems as “it will readjust pavements for more ease of walking and allocate more space to vendors”.

The report also quoted Sanga Ruangwattanakul, president of the Khao San Business Association, as saying that the refurbished street would foster friendlier ties between street vendors and shopkeepers, who have long shared an antagonistic relationship.

However, he expressed concerns that the timeline of the revamp would adversely affect inbound tourism, as the launch of BMA’s Khao San project in October will coincide with the peak season, and coupled with recent fall in tourism numbers, “will only rub salt into the wound”.