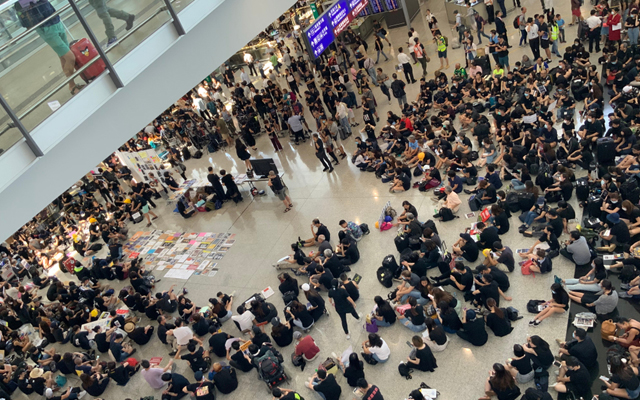 Hundreds of Hong Kong flights have been cancelled or delayed on Monday as a pro-democracy movement called for a general strike.

More than 2,300 aviation workers partook in the massive protests and strikes, including 1,200 Cathay Pacific cabin crew and pilots, according to the Hong Kong Confederation of Trade Unions.

Hong Kong’s Airport Authority reported that 224 flights were cancelled on Monday after a sit-in protest at the Hong Kong International Airport, said a CNN report.

The same report also stated that the airline urged customers not to fly Monday and Tuesday, and said it would waive fees for rebooking. Hong Kong Airlines, a smaller carrier, has cancelled 32 flights; while United Airlines said its flights were unaffected, said the report.

Monday marked the fifth consecutive day of mass protests within the country, with strikes and demonstrations in seven districts planned for the day, said the report. It also added that “other protests and organised transit blocks were expected throughout the day, including at the airport and at the Cross-Harbour Tunnel, a vital traffic artery connecting Hong Kong island with Kowloon”.

Meanwhile, HK Express has issued a travel advisory, confirming that five scheduled flights have been cancelled while some flights were delayed on Monday.