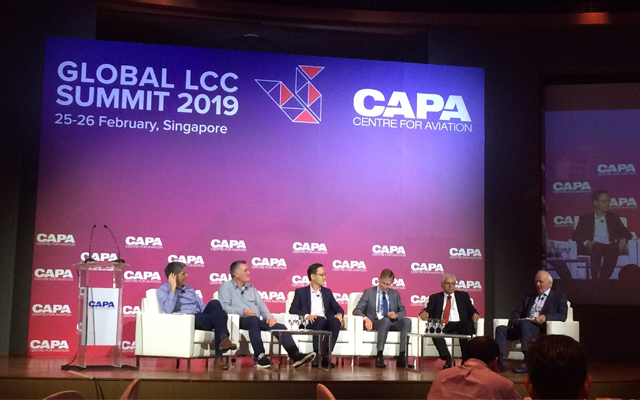 With Airbnb making moves into yet another vertical, some aviation players foresee it is not open skies, but interlining disruption, that will take the industry into its next phase of growth.

Growth in Asia’s LCC sector was below the global average last year, according to figures presented by Skyscanner’s senior director of strategic partnerships, Hugh Aitken, at the CAPA Global LCC Summit 2019 yesterday.

Discussing impediments to growth, Germal Singh Khera, director aviation development, Malaysian Aviation Commission, said: “(Although ASEAN finally signed the open skies agreement), most member states are currently still reluctant to opening up. The agenda has been pushed back to 2024, 2025. (We are looking at) 10 countries at different stages of economic development, each with their own agenda, needs and national interests. That has delayed liberalisation.”

In the case of AirAsia’s decade-long attempt to penetrate Vietnam, it was not until 2017 when the LCC made headway and announced a joint venture with the country’s Thien Minh Group. Even so, the joint venture failed to materialise on schedule. In Vietnam, Vietjet and Vietnam Airlines dominate marketshare, while a new LCC entrant, Bamboo Air, was launched recently.

While LCCs navigate regulations to pursue point-to-point expansion, some speakers at the CAPA summit are predicting the rise of an interlining disruptor.

“In South-east Asia, the penetration rate for LCCs is already 50 per cent… The next wave will come in a different manner. We see LCCs picking up characteristics of FSCs, particularly when it comes to interlining. Traditionally, it has been about point-to-point connections. Going forward, it’s about how we interline,” he stressed.

“Before even talking about governments, within aviation systems we are still (burdened by a) set of legacy rules on interlining. (Today’s travellers) don’t care about these rules. They want to get from airline A to airline B (easily) and with baggage checked through. But the response they get is, “Is this interline fare, codeshare fare, etc?'”

There may well be an Airbnb of aviation that delivers bigger on interlining conveniences than existing commercial agreements do, he argued. There will come a point where “passengers take matters into their own hands and say ‘Let the airlines sort this out, I’m going to find a hack.'”

CAG is already in talks with different interlining solution providers, according to Lim.

“If you look at how Airbnb slowly but surely created an end-to-end (booking experience) for accommodation, and now they’ve just made their first hire in transportation… eventually they will invest in or find partners in aviation. Someone out there has a massive opportunity.”