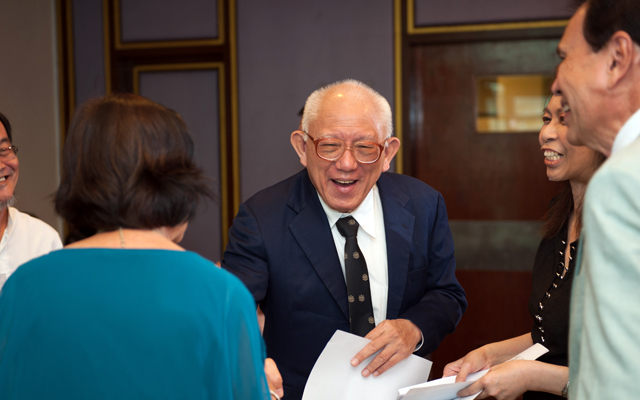 Lim Ba Bin, a respected veteran of Malaysia’s tourism industry, passed away peacefully on December 10. He was 79 years old.

Lim joined Mayflower Acme Tours in 1973 and over the years rose up the ranks to eventually become the company’s senior general manager. After leaving Mayflower in 1990, he set up Babin Tours, a company specialising in longhaul inbound travel from Europe and the US.

Tributes have poured in for the passing of this industry pioneer.

Chang Wee Fatt, managing director, Global Holidays, shared that in his younger days, both him and his peers thought of Lim as an icon who readily shared his industry knowledge with them.

“He was also a very simple person, with his trademark white shirt, and in winter he used to do sales calls without wearing a winter jacket,” Chang recalled.

Arokia Das Anthony, director, Luxury Tours Malaysia, also spoke fondly of Lim. When Arokia went on his first sales trip to Milan in 1993, Lim showed him around the city and how to use the public transportation, adding that Lim “was like a kind uncle who gave me the confidence I needed to go out on my own”.

Tunku Iskandar Tunku Abdullah, group executive chairman, Melewar Group, said: “I have known Lim since the early ’70s, when I ventured into the travel and tourism industry.

“He was someone who was deeply committed and involved in several key organisations including MATTA (The Malaysian Association of Tour & Travel Agents), PATA and Skal International Kuala Lumpur. Lim always voiced out his opinions regarding important industry issues. He had friends the world over, and like me, they will be saddened to know of his passing.”

“When I started work with the Tourist Development Cooperation in 1978, he was like a teacher to me, and provided good advice on the development of the tourism industry. We will miss him and may God bless his soul,” Azizan said.