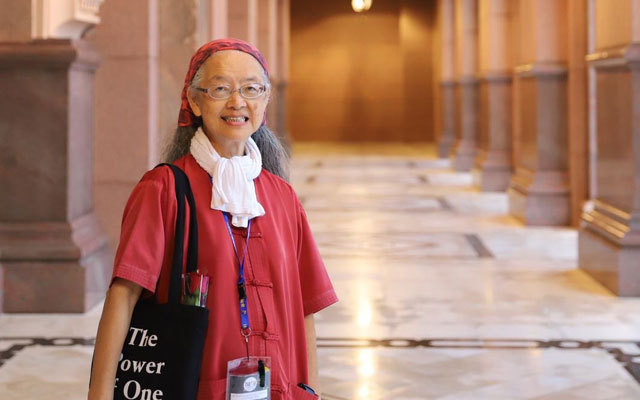 Director of Hong Kong-based Via Vai Travel, Sef Lam, has succumbed to cancer on February 11 after a long battle. She was 72.

Lam established her company in 1985, specialising in retailing tickets, hotel stays and tour packages to expatriates in Hong Kong as well as cultural trips to various parts of the world. Heartfelt messages poured in from her industry colleagues and friends.

Hong Kong Association of Travel Agents (HATA) chairman, Ronald Wu, said: “Sef has been a staunch and devoted supporter of HATA since joining the association in 1989, as well as a regular participant of HATA events and activities. We are very appreciative of her constructive guidance and suggestions on a regular basis to the Executive Committee for the betterment of the association and the industry at large. Sef will be sorely missed.”

Via Vai Travel manager Florence Chan told TTG Asia that Lam was a boss who took care of colleagues. She recalled that Lam had sent her to attend World Travel Market in London despite being new to the company. “She said the trip would be a big help to my career,” shared Chan.

Rosa Ocampo, TTG Asia Philippine correspondent, also shared fond memories of Lam, collected during her work in Hong Kong in the early 1990s. “Sef was every reporter’s dream. Frank and forthright, she always replied emails quickly wherever in the world she was. (She was) my saviour in meeting deadlines. The reporter-source relationship deepened into friendship. Sef invited me to travel with her to Nepal and Bhutan. She showed me the lesser-known areas of Hong Kong. She and her family were my only visitors in the three years of my stay in Peru. I joined her family reunion in Surigao.

Ocampo continued: “Sef was the consummate travel consultant who enjoyed discovering the world and its inhabitants and sharing her joy with others. Unknown to many, she was also a philanthropist, having donated and loaned treasured works of art to museums, funded students’ education and training, donated to cause-oriented groups and charities, the consummate giver as much as the consummate friend.”

Lam is survived by her husband, two sons and daughters in-law, and a granddaughter.