Boracay’s closure has diverted visitors to Cebu, but the city’s transport woes threatens to unravel the progress made, reports Rosa Ocampo 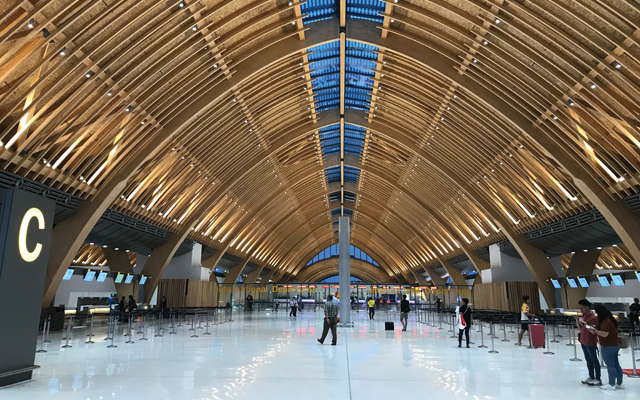 Just as Cebu’s tourism development is picking up pace, the island province’s worsening traffic congestion is beginning to take the shine off one of the most visited destinations in the Philippines.

Urbanisation, the lack of arterial roads and limited transport system combine to worsen Cebu’s traffic gridlock – which some say is even worse than Manila’s – over the last couple of years, forcing tourists to limit their activities and stay in one area rather than fully exploring the destination’s rich offerings.

Congestion was even more acutely felt in recent months as Cebu became the top alternative destination for tourists who would have otherwise flocked to Boracay, were it not for the latter’s temporary six-month closure, said Margie Munsayac, vice president sales and marketing, Maribago Bluewater Resorts.

Travel Experts’ inbound manager Girlie Malaran said the traffic jam is a big consideration for visitors to Cebu, to the extent that properties on Mactan Island benefit from their nearer proximity to the Mactan Cebu International Airport (MCIA), whereas hotels farther in Cebu City are less favoured as transfers will be exacerbated by traffic jams.

Another travel agent shared that even for business events, they are forced to choose hotels near MCIA and confine their activities in the hotel to avoid the traffic rush.

Aware of the traffic problem, Colliers International’s research manager Joey Bondoc said that property developers are replicating Manila’s mixed-use developments in Cebu, which integrate offices, residential units, hospitals and shops, while providing transport as well from these developments to other destinations.

Such infrastructure projects “should spur the demand” for more hotels and resorts outside the metro Cebu corridor, comprising Cebu City, Lapu-Lapu in Mactan and Mandaue, and attract more tourists, Bondoc said.

Despite its ongoing traffic woes, Cebu received 4.9 million foreign and domestic travellers last year, and is projected to enjoy a 10 to 15 per cent annual growth in visitor numbers over the next two or three years.

Its hotel occupancy rate, sustained at 78 per cent on average last year, should hover between 70 and 75 per cent over the next three years, according to a report by Colliers International.

The completion of MCIA’s modern and efficient Terminal 2 for international flights paves the way for bullish tourism prospects for Cebu as it will triple the airport’s annual handling capacity from 4.5 million to 12.5 million travellers.

It also helps that GMR Megawide Cebu Airport Corp, operator of MCIA, is actively working closely with Cebu Pacific to connect the airport with various destinations in Cebu, and neighbouring provinces by land and water.

Meanwhile, Cebu Pacific, the largest carrier operating in MCIA, will increase flights to Cebu by 20 per cent next year to serve the growing tourism industry, according to Michelle de Guzman, the airline’s overall in charge for marketing.

With these upcoming infrastructure developments, tourism prospects for Cebu are looking bright as it grows into a hub linking up different destinations within the Philippines, allowing visitors to bypass Manila, said Travel Experts’ Malaran.