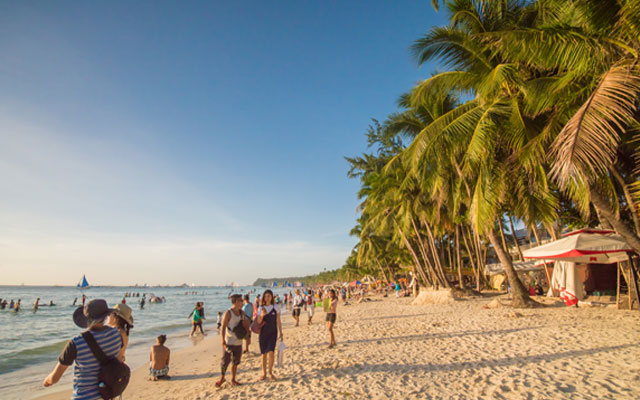 The Philippine government earlier this week announced that it will deploy riot police to keep travellers out and head off potential protests ahead of Boracay’s six-month closure to tourists, AFP reported.

A lockdown plan was laid out by the authorities on Tuesday, which will see the deployment of more than 600 police, including a 138-member “crowd dispersal unit”, to keep out all foreign and Filipino tourists from the once idyllic beach destination.

Entry to the famed island, located 300km south of Manila, will be limited to a single small sea port.

Media access to Boracay during the shutdown period will also be strictly controlled, with accreditation required by the Department of Tourism.

Meanwhile, Boracay residents will be obligated to carry new identification cards and will be banned from boating and night swimming, according to the report.

The threat of closure first emerged in February when Philippine president Rodrigo Duterte branded Boracay a “cesspool” and ordered a shutdown of the famed island to save it from further degradation.

However, the Philippine travel trade has warned that the government’s sudden decision to close Boracay would heavily impact hundreds of hotels, restaurants, tour operators and other businesses.

Industry leaders had also lobbied for a phased rehabilitation instead of an abrupt shutdown, which could threaten the livelihoods of the nearly 20,000 workers directly or indirectly employed in the island’s tourism sector.

Boracay is expected to be closed for six months starting April 26.