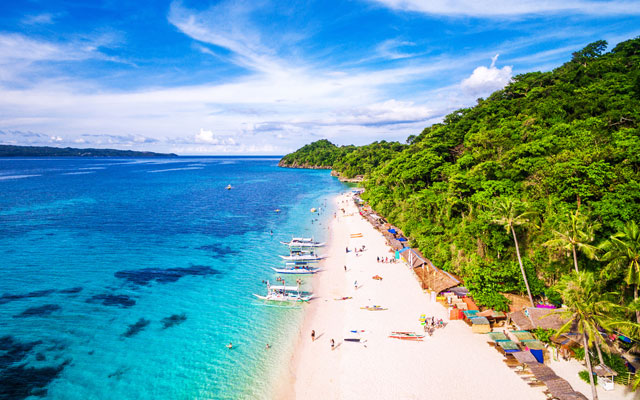 The Philippine travel trade is opposing government plans to temporarily close Boracay to tourism as it undergoes rehabilitation from severe environmental degradation caused by wanton violation of building rules and regulations.

While tourism secretary Wanda Tulfo Teo favours the two-month closure of the entire island starting in the lean month of June, which she disclosed during a recent trade meeting, industry leaders warned of negative repercussion to the country’s image, job displacement and economic dislocation.

Philippine Tour Operators Association president, Cesar Cruz, pointed out: “Closing Boracay is not simply closing the island, but an iconic destination. Imagine the impact on the tourism industry as a whole as this could be reflective of the other destinations in the country: unsafe, dirty, hazardous, etc.”

As to Department of Tourism’s (DOT) suggestion to urge tourists to visit other Philippine spots instead, Cruz countered that there’s no other destination in the country, except Manila, with the capacity to take in Boracay’s two million tourists.

“The worst-case scenario is if these visitors…decided to go to other countries. Vietnam has already surpassed our two million Korean arrivals. Once they cancel the Philippines in their tour programmes, it will take years to win them back,” Cruz warned.

The Philippine Travel Agencies Association (PTAA) insisted that responsible resort owners that have complied with all government regulations and requirements “should remain open even during the time when Boracay is being rehabilitated”.

PTAA will this month send a team to inspect the facilities of its 18 member resorts in Boracay to see if they are compliant with government regulations and to correct them of any infringement.

However, Tourism Congress of the Philippines’ president Jojo Clemente lamented that one of the bigger issues left unanswered is what would happen to the almost 20,000 workers who may be displaced if Boracay is totally closed.

Aware that over 56 billion pesos (about $1.1 billion) in tourism receipts is at stake with the imminent rehabilitation of Boracay, the DOT is looking at alternative means of employment and livelihood for the 17,737 direct tourism employees.

The DOT office covering Boracay is coordinating with other local government units to relocate employees that may be laid off during Boracay’s rehabilitation. “Those who will be affected can work with the demolition of illegal structures and the construction of the improved sewage system and road infrastructure,” Teo said.

The DOT is also studying tax holidays and incentives for those business and employees affected. Skills development trainings and seminars for front liners and other tourism ambassadors are also being planned.