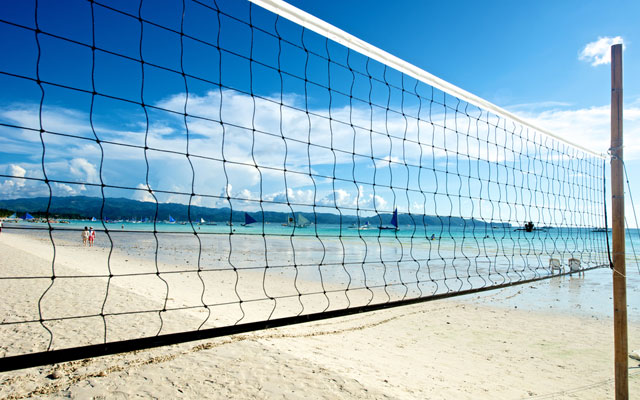 Industry players in Boracay are worried that the destination will stand to lose certain market segments following its prohibition of an upcoming beach volleyball tournament and public beach weddings on the island.

The most recent restrictions follow previous bans on other beach activities like sandcastle building, use of kerosene for fire performances, smoking and drinking.

The Boracay Beach Volleyball Open (BBVO) was notified by the general manager of the Boracay Inter-Agency Task Force (BIATF) over the phone recently that it is prohibited from holding the tournament from November 15 to 17 – three months after it made the request in June.

“We were informed that since they don’t allow beach weddings anymore, we are therefore also not allowed to have events on the beach,” a BBVO organiser said, adding that they are awaiting the official written communication from BIATF and that they couldn’t change the event’s venue on such short notice.

BBVO has been organising the volleyball open since 2011 except last year when Boracay was in the initial stage of its rehabilitation. “We usually have 200 attendees, including 150 athletes. During the last edition in 2017, we saw participants from some 15 countries,” the BBVO organiser revealed.

But a possible restriction on beach tournaments could affect sports tourism which is a key draw to the island, Viveca Hutchinson of Tribal Adventures, a Boracay-based adventure tour company specialising in kayaking, rafting and mountain biking, said: “As stakeholders of Boracay, we have not been approached (by BIATF) despite our decades of knowledge and experience of living on our beloved island. We have not been informed of the reasons behind the changes to the rules for activities held on the beach”.

“Apart from the monitoring and implementation of visitor numbers and garbage generated by events such as beach volleyball and more, we do not know of any reason how (holding the BBVO at Borocay) could affect the maintenance of the island’s ‘pristine’ condition,” Hutchinson added.

Narzalina Lim, founder of tourism and hospitality consultancy Asia Pacific Projects, calls for the BIATF to provide clarity regarding their restriction of activities on the beach. “There must be solid, defensible reasons why these activities are being restricted. The impression that I get from (BIATF) is that their decisions are based on knee-jerk reactions and not on facts,” she said.

She added that if the BBVO takes place during peak season when Boracay sees a tourism influx, and that the event takes up a lot of space over multiple days, then she agrees that it should not be held.

Lim also sees no reason to prohibit weddings, a big market for the destination. “I have been to a beach wedding in Boracay and it did not take up much space. The ceremony can be held at the beach, and the reception, at the resort,” she said.

Questioning the logic of banning sandcastle building on Boracay’s beaches, Lim remarked: “Children and adults both love building sandcastles, so why deprive them of this joy? Boracay will lose the family market if this activity is banned.

“The Department of Energy and Natural Resources should focus its attention and police powers instead on the mainland Chinese who are stealing sand from various beaches all over the Philippines and getting away with it.”

Other restrictions, like the ban on smoking and drinking on the beach and the use of kerosene for fire performances, only serve to minimise pollution and not its complete eradication, Lim stated. “What BIATF should do is focus on the powerful offenders with connections to higher-ups because that is what will have the most impact on the environment,” she said.